Santa arrives early for some 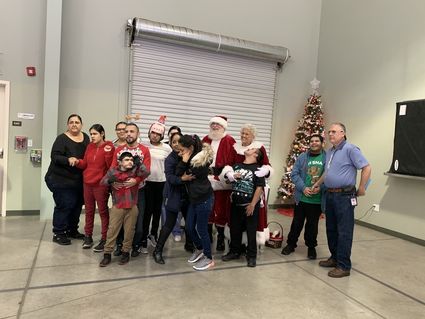 Students and family members go out on the floor and showed off their dance moves.

On Friday morning, Mr. and Mrs. Claus attended the sixth-annual WHS Special Education Christmas party hosted by the Wasco Woman's Club. "This project is near and dear to my heart," said District President Jill Drescher.

With a donation from Wasco State Prison, the Woman's Club provided a gift specially chosen for each student and also sent everyone home with a goody bag filled with cookies.

As soon as the students arrived, Woman's Club President Marlene Swan welcomed everyone to the party. Upon entering the room, they wandered around gazing at the colorful decorations and the tree and watched DJ Boomdogg (Joe Acevedo) set up his turntable. The colorful cookie table drew a lot of the students. 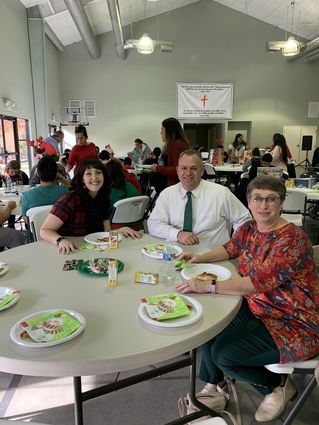 Once the music began, students couldn't ignore the beat and began showing off their latest dance moves.

Wasco State Prison Warden John Sutton spent some time watching the students as they entered the room. "This is the first time I've been to this party," Sutton said. "I've heard about it and wanted to get the prison involved."

"We used to hold these Christmas parties in the separate classrooms for years," Kern County Superintendent of Schools Special Education Principal Gaylene Roberts said. "When it got too big, we decided to hold one large party, and the Woman's Club took it on as a project. We've had the last six parties at Grace Community Church."

There was a bit of sadness at the administration table as they talked about some of the kids aging out of the program.

Roberts added that some of the students have been attending the parties since grammar school.