Coalition hears of dangers for kids 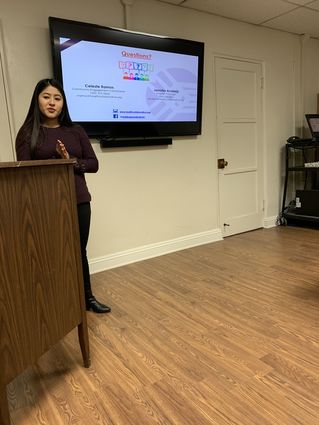 Attendees at the latest Wasco Coalition meeting heard the health risks of vaping.

One who vapes inhales and exhales aerosol, often called vapor, produced by an e-cigarette or similar device.

When the device is used, the battery heats up e-liquid into an aerosol that is inhaled into the lungs and then exhaled.

Both speakers discussed the dangers of tobacco and their work with high school students; however, Acidero stated that the dangers need to be brought to the attention of elementary school students because children as young as 12 years old are already vaping. "One of the dangers is the different tobacco flavors that are available for sale," Acidero said. "We need to get the message to the kids when they are young."

Both speakers stated that tobacco companies are targeting youth. "Four out of five who started with tobacco, started with flavored tobacco," Ramos said.

--$9.4 billion is spent on marketing efforts.

--10.6 million people are exposed the vape promotions. through the internet.

Ramos also stated that with tobacco companies targeting youth that is a concern for Wasco because "Nearly 32.4 percent of the population in Wasco is under 21."

"One Jul Pop (cartridge) is equal to 20 cigarettes," Ramos continued.

Both Acidero and Ramos warned that it's difficult for parents to know what to look for when it comes to some tobacco products because of their disguised containers. Parents have to know what is out there.

"There is no research yet on the long-term health effects on vaping," Acidero said. "There are studies on the short-term effects, which are interference with brain function, irritability and other negative outcomes."

Once the question-and-answer period was over, each representative from an organization made their announcements for the remainder of the year.

--Sergeant Peter Martinez of the KERN County Sheriff's Department, Wasco substation, warned about making sure all packages are placed out of sight and not to leave anything on the car seats. 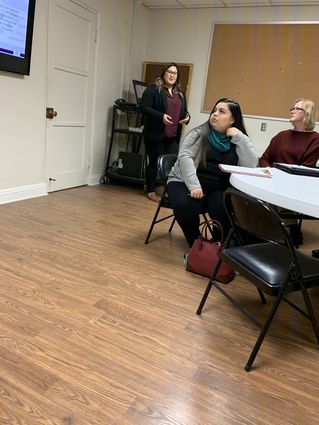 --City Manager of Wasco Daniel Ortiz-Hernandez addressed concerns about students crossing the street at Highway 46 and Poplar to get to and from school. He mentioned that CalTrans was looking into integrating a way to minimize the danger for pedestrians.

--Council member Gilberto Reyna stated that he has been in touch with Congressman TJ Cox regarding Cox's new water bill to eliminate contaminants from the local drinking water.

--Danny Rueda, president of the WUESD board, reported that the Maintenance Operations Transit building will be completed during the Christmas holiday break.

The next coalition meeting will be Feb. 5 at the old courthouse building, 810 8th St., at 7 a.m. The meetings are open to the public.