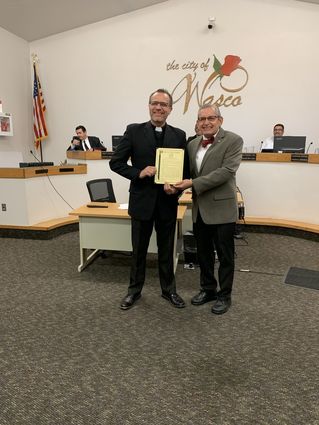 The City Council listened to changes the High Speed Rail Authority has proposed in its agreements with the city.

City Manager Daniel Ortiz-Hernandez presented Amendment #3 sent to the city from the HRSA at the council's meeting Tuesday night.

Ortiz-Hernandez told council members and attendees that the city had originally entered into an agreement with the HSRA in early 2014.

According to Ortiz-Hernandez, that agreement authorized the city to be compensated for staff and resources spent on the HSR project through Wasco by cost recovery. This agreement expires Dec. 31.

Even though the original agreement was intended to cover the city's cost of staff and resources that applied to the city's involvement and analysis of the project, Ortiz-Hernandez stated that the HSRA has changed the interpretation of the agreement.

"Their explanation is that only certain activities were to be reimbursed by HSRA, while other activities are to be covered by HSRA's contractor, California Rail Builders," Ortiz-Hernandez said.

He stated that the city submitted an invoice in the amount of $84,184 and was asked to redo the invoice under these guidelines. He told the council members that the city has only received $46,243.

He then stated that according to the HSRA, the city is supposed to bill $29,736 to CRB, even though the city does not have an agreement or documentation with the CRB.

The city wants to consolidate nine separate agreements into one

He said the HSRA has presented the city with an amendment to the original contract. The amendment changes these items:

--The city wants to consolidate nine separate agreements into one complete agreement. "There is no way the city can keep track of all the agreements," Ortiz-Hernandez said.

In other council business, the council unanimously approved the city manager to purchase 22 desktop computers from Granite Data Solutions in an estimated amount of $15,614 plus taxes and fees.

The city manager stated that beginning Jan. 1, Microsoft will no longer support Windows 8 operating software, so the city needs to upgrade their desktop computers. 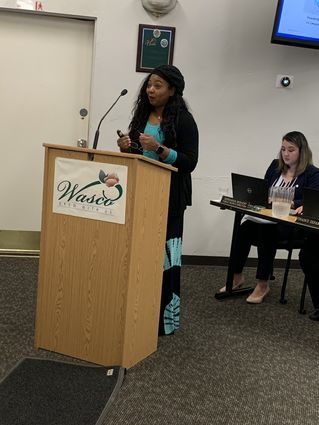 Downtown Business Association's Camilo Vasquez thanked the city for collaborating on the Christmas parade with their organization.

--Census 2020 Coordinator Karla Hutcherson presented the reasons that everyone being counted during the 2020 census is important. She asked the mayor and council members to form a committee called Complete Count for Wasco.

Hutcherson also emphasized the importance of everyone completing the census because it is the only way the federal government has an accurate count of residents living in each household, since federal funding is often based on demographics. "The census is how cities get funding for 132 federal programs such as education, medical and food," Hutcherson said.

--Two public comments were made. Camilo Vasquez thanked the city for its collaboration with the Downtown Business Association in putting on the Christmas parade, and Linda Camillo addressed the council about a neighbor flying a drone in in her neighborhood and over her house. She would like the city to regulate the use of dro