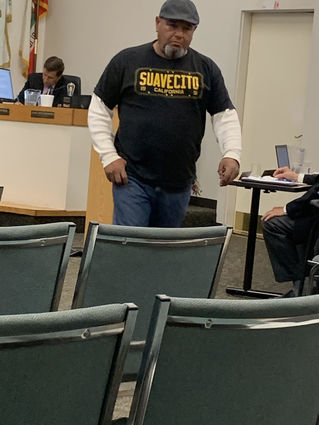 A local property owner is in conflict with the city over cars stored in the back and front of his home – to the tune of $24,500 in fines. He presented his case before the City Council Tuesday night.

Tony L. Romero, owner of 2242 9th, Place, has been storing a large number of vehicles and other items on his property since 2008 and has been warned about removing everything repeatedly by the city, a city report says.

It cites that there has been a long history of repeated violations and citations, which has resulted in a tense relationship between Romero and the Code Compliance department.

Romero insisted he had attended a previous council meeting and took care of some of the issues regarding vehicles several years ago.

In addition, after an inspection in 2016, Code Compliance discovered that an appliance part was being used as a fire pit in the front yard and that there were two inoperative vehicles, trailers, tarps, tools and rubbish stored on his driveway in public view.

Currently, the property has been cited for 27 code violations. The violations include not only vehicles, vehicle parts, accumulated rubbish, trash, litter, weeds and lack of a Home Occupation Permit and business license.

The council provided Romero with three options for removal of the items.

Option 1 is to declare all abandoned, wrecked, dismantled and inoperative vehicles and vehicle parts on the property (both front and rear yards) a public nuisance and authorize removal and destruction of the vehicles and parts.

Option 2 declares only the abandoned, wrecked and inoperable vehicles in the front yard/driveway area a public nuisance and authorizes removal and destruction. This option focuses on visibility of vehicles.

Option #3 declares all abandoned, wrecked, dismantled etc. vehicles and parts on the property (both front and rear) be declared a public nuisance.

Romero told the council that his hobby is dismantling vehicles and selling the parts. He said he has been doing that for more than 20 years. The city advised Romero that the area is only zoned for residential and not for business.

According to the city, Romero's violations are in excess of $24,500.

Romero accused the city of forcing him to leave Wasco, where he has lived since he was a child. 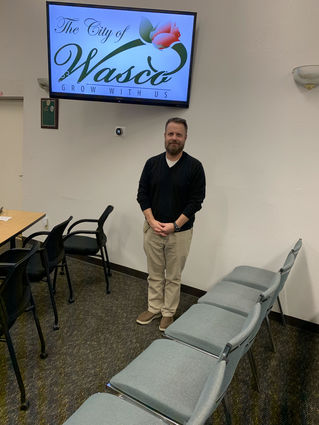 The council and Romero arrived at a compromise in that Romero has three months to have half of the vehicles removed from his property, and the city will inspect his property every month until six months are up. If everything isn't gone in six months, further action will be taken, and there will be no more chances.

In other action, the city hired Charles Sobolewski, Jr. as the deputy public works director with an annual salary of $94,053.44. He will begin work Dec. 9.

The council discussed the potential problem with drones and recommended that staff research what other cities have done with regard to placing regulations on drones and report back. It was suggested that the city have anyone who owns a drone register it with the city.

City Manager Daniel Ortiz-Hernandez was recognized and honored for his combination of education, experience, integrity and commitment to lifelong learning and professional development and was presented a proclamation by Mayor Alex Garcia.