Teresa's has a makeover 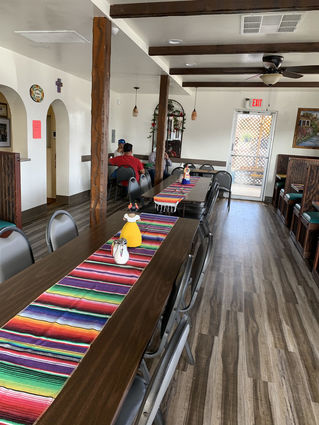 By the appearance of the newly remodeled inside of Teresa's Mexican Restaurant on the corner of 5th and F streets, you would never believe it's been around since 1981.

Owner Sherrie Aguilera inherited the restaurant from her mother, Teresa Arrambide, when she died in 1991.

The restaurant recently went through some major changes and the dining area was closed for about three weeks due to a car plowing into the side and making it pretty much a disaster area. But as they say on Broadway, "The show must go on."

And it did because Aguilera was able to utilize the outdoor covered patio with a pass-through window to get food from the kitchen to the patio.

Even though the restaurant was damaged, Aguilera was able to remodel with a complete redo of the exterior and interior, including walls, floors, ceiling, lighting and the outside.

According to Aguilera, what was originally considered a disaster ended up being a blessing in disguise. She was able to not only renovate the exterior of the restaurant, she also decided to completely change the interior, going from dark wood to a bright white, new lighting fixtures and new flooring.

This accident made it possible for me to change the things I wanted to and that my family encouraged me to," Aguilera said. "I was excited when I realized how much I could get done once construction began."

Teresa's Mexican Restaurant stands out due to the customer service offered the moment the front door is opened and a customer steps in. "I'm not rich," Aguilera says. "But I am rich in what my mother taught me about the value of customers. So many people come in and say they knew my parents and how wonderful they treated everyone they ever met."

To Aguilera that is the legacy she inherited. She loves hearing old stories about her parents from customers who knew them and loved them. "That's the best thing about owning this place." 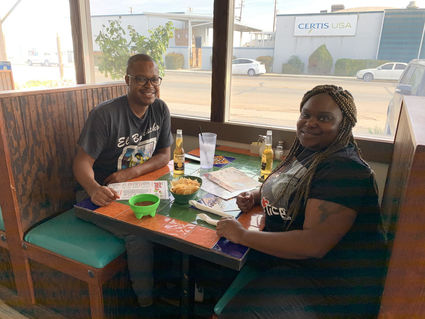 "We are known for our chili verde," Aguilera boasted, smiling.