Veterans have their day 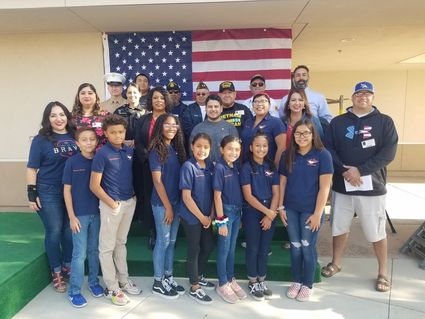 Local veterans attended the event Friday morning. Several arrived early and had a chance to visit with fellow veterans.

Prior to the ceremony, student council members greeted the veterans in the reception room. Names, ranks and experiences were shared, with a warm comradery.

The ceremony began when Principal Monique Goodwill welcomed everyone and introduced Wasco Middle School's band, which played the national anthem. The Pledge of Allegiance was then led by Zaiden Vaughn and introductory remarks were made by Savannah Sharp.

"Without their service, we would not have the freedoms we have today," Goodwill told the attendees. She then read a proclamation to the attendees stating that no man is left behind – including the families of those who've served.

Guest speaker Victor Castillo said, "The military demands respect. Be sure to thank veterans you meet along the way for their service." He shared his story of joining the Army when he was younger.

"Anyone who cares about our freedom should join the military," Castillo said. 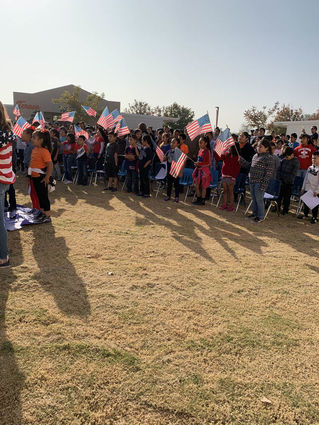 Students held flags during the ceremony.

Next, student Teagan Perkins spoke about how important it is to remember veterans and to thank them. Another student, Jasmine Martinez, read a Veterans Day poem. Goodwill then asked for a moment of silence for those veterans who gave the ultimate sacrifice.

Fourth-grade teacher Erica Arriaga read the names of the veterans to the attendees.

The ceremony concluded after students and attendees sang along to Lee Greenwood's "God Bless the USA."