Volunteers come through in community cleanup 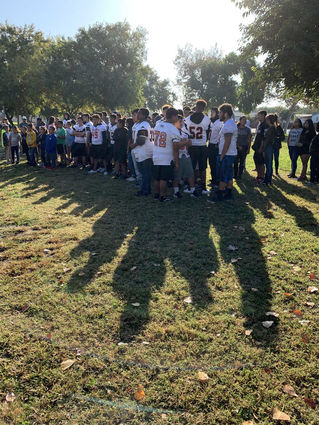 WHS varsity football players came out to help with the cleanup.

Volunteers from the City Council, Wasco High School, Code Enforcement and the Sheriff's Athletic League all participated in the most-recent community cleanup.

County Supervisor David Couch was accompanied by the owner of American Refuse in Wasco, Jeff Martin.

Wasco High School varsity football players were visible in large numbers as they gathered at the park before the start at 9 a.m. 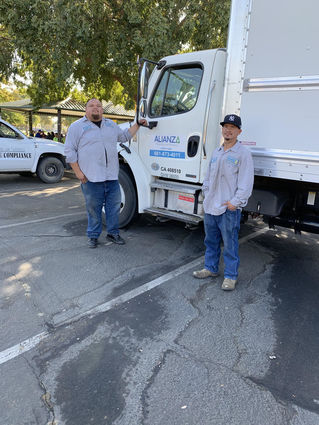 The Clemens volunteers put on their gloves, ready to work.

Students combed the alleys to pick up any small trash and mark the large items for pickup from the driving crew.

"We filled several truckloads as high as we could with large items," Independence High Principal Martin Lonza said. "We had mattresses, refrigerators, stoves, couches, etc. I couldn't believe what people thought was old – they must have purchased new furniture and were replacing it, leaving it to be picked up by us."

Wasco High Principal Kevin Tallon said, "The varsity football team was eager to help with the cleanup, and most of the team showed up to help."

Alvarado told her student volunteers that whoever had the heaviest bag would get a prize on Monday. Those kids scrambled to find anything they could; a couple tried to pass off rocks but were quickly told they didn't qualify.