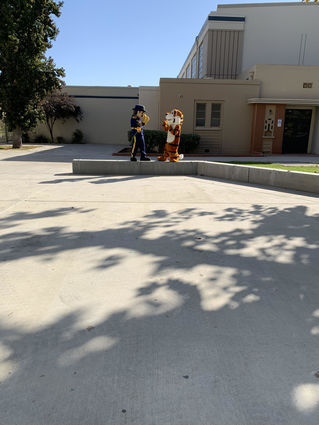 The mascots face off.

There is only one more football game before the Wasco Tigers take on the Shafter Generals once again for the annual rivalry game.

As far as rivalries go, Wasco-Shafter is one of the biggest rivalries in the area. Plans are underway in Tiger territory for Wasco-Shafter Week (Shafter-Wasco Week if you happen to be General) Oct. 28, with culmination of activities at the game Friday night. 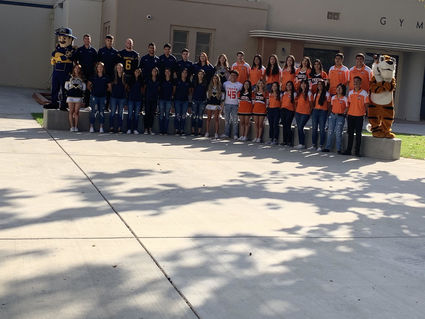 The community rally is set for Wednesday, Oct. 30 at 7 p.m. Breakfast at Shafter High will follow on Friday, Nov. 1 at 8 a.m., followed by the exchange rally in Shafter's gym.

Next is the Wasco exchange rally at 11:30 a.m. in the auditorium, then the game that night.

Students will also be dressing up all of rivalry week, Coyle said.

Attendees at the exchange events include representatives from each school's administrators, Associated Student Body, and cheer and football teams. There will be cheer performances and an introduction of players at each school.

The public is invited to the community rally on Wednesday night.