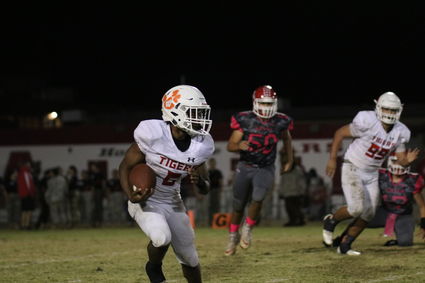 Azai Ferguson with a tackle Friday night against Arvin.

The Wasco Tigers continued their win streak Friday night on the road against Arvin, 28-0.

The win brings the team's record to 4-4, with a 2-2 record in the South Sequoia League.

With a touchdown in the second quarter and three in the third, the Tigers took control and tightened their grip to keep the Bears away from the goal line.

In the opening contest, the junior varsity slammed Arvin, 50-7. 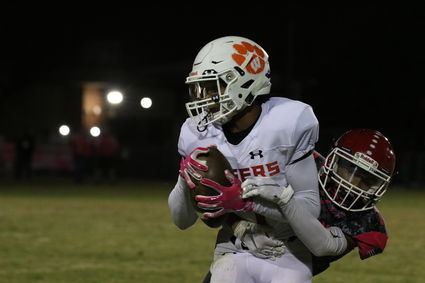 Andre Cordova with a catch, and about to run for a gain against Arvin.