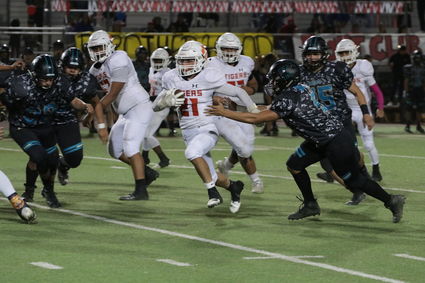 Kennedy struck first and fast with a long touchdown run by their quarterback. The Tigers followed up with a drive that ended with a fumble recovered by Kennedy.

From that point, on the Thunderbirds would continue rolling, leading 24-0 at half.

The Tigers were not down and out yet, though. Jacob Villenueva threw a bomb down the field to Andre Cordova to put the Tigers in red zone. A few plays later, Alejandro Prieto ran around to the left side and got into the end zone for the Tigers. That put the Tigers back in the game, and they would not stop there. 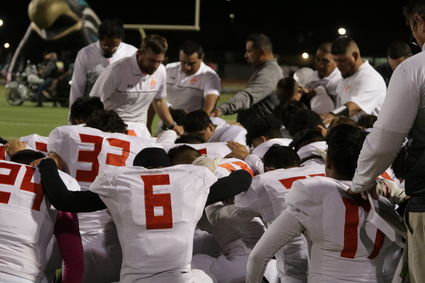 An onside kickoff was recovered by the Tigers’ Marcos Echeverria, but they team could not capitalize on it. The Thunderbirds would continue to roll up the Tigers, with a final of 45-7.

The player of the game for the Tigers goes to Alejandro Prieto for leading the Tigers in rush yards and tackles. He also had the only touchdown for Wasco

The Tigers are back at home for their homecoming this Friday against Cesar Chavez. The junior varsity game begins at 5 p.m., and varsity play kicks off at 7:30 p.m.