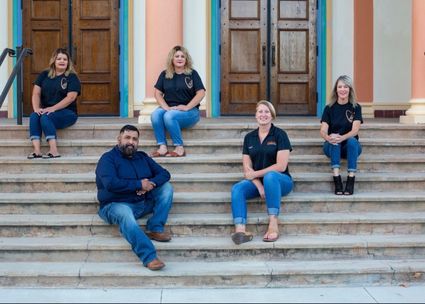 No one can complain there isn't anything to do in Wasco this weekend.

On Friday, Wasco plays Cesar Chavez High for its annual Homecoming game, where a queen and her court will be announced.

According to Activities Coordinator Hailey Coyle, the Homecoming theme is Tiger Productions.

Each day has a specific theme for Homecoming week. Thursday's theme is Red Carpet Day – Paparazzi vs. Movie Stars, and Friday is Tiger Productions.

The Homecoming rally will be Friday at 2:15 p.m. on Palm Avenue in front of the WHS football stadium entrance.

The Homecoming game will be Friday with the junior varsity at 5 p.m., Harleys will then enter the field at 7:15 and the varsity game will be at 7:30.

Saturday's parade, which begins at 10 a.m., will include each class float. The freshman theme is "Grease," sophomore theme is "Ghostbusters," junior theme is "The Lion King" and senior float theme is "Toy Story."

In addition, Saturday begins the Wasco Festival, with a parade set to start at 10 a.m. beginning at D Street, moving up 7th and turning on Poplar where it will end at Barker Park.

The selected grand marshals -- Danny and Petra Rueda and Ken and Tina Newman -- will lead the parade down its route. Following the parade, the festival will be open for business.

With the combined efforts of the Wasco Festival, the Orange Heart Foundation and the Downtown Business Association, this year's festival is expected to draw an even more enthusiastic crowd than before.

"We will have a new activity for kids this year," Committee President Kayla Castillo said. "We are going to have laser tag."

Castillo also mentioned that all food vendors back from last year, including Outkast Catering, Carnie Kettle Corn and Funnel Cakes, Medina Tacos, Wings, S&B Chinese and Thai, and El Churro Loco. A selection of beverages also will be available.

The Orange Heart Foundation will offer a Beer Garden for those wanting a cold beer or a glass of wine.

Activities at the festival will include laser tag, the traditional car show sponsored by the VFW and a video game tournament.

A music festival will wrap up the day's events. Performing will be Mento Buro and Maxwell's Fireball Express. The doors will open at Barker Park at 5 p.m., and the entrance fee at the door is $25.

Special to the festival will be local author Alfred Miller, writer of "From Cows to Space With God as My Copilot," who will have copies of his book to be purchased and then signed.

Also, the festival's selected artist, Shirrel Sanford, will be at a booth displaying her work.