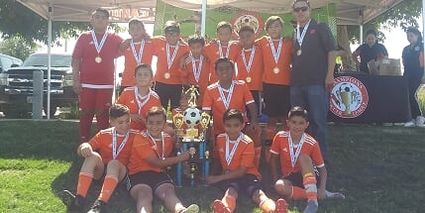 One local teacher shares his passion for soccer with about 80 Wasco students.

Miguel Raya has been a teacher in the Wasco Union Elementary School District for 17 years. He created the nonprofit F.C. Tigers Traveling Youth Soccer Club in 2017. So far, he has five solid teams that take part in local matches.

The teams practice two times a week at Teresa Burke Elementary School and every other week hold their home games there.

Providing support for the teams, Raya has been lucky to have several Wonderful Company employees as parents with kids on his teams. "Soccer is one of the least-expensive team sports that kids can join," Raya said. "The kids pay $25 to register and $30 for the uniform. We are fortunate to have families that work at the Wonderful Company who are given $500 each year to donate to a local nonprofit."

Raya is a strong believer of keeping kids in structured activities after school. "Playing soccer keeps the kids off the streets and the parents know exactly where they are."

Raya relayed a story about a father who didn't want his son playing soccer in the league because their games fall on Sundays, and they went to church on Sundays; however, within a month, that father changed his mind because as he put it, "My son was out with his friends, and we couldn't locate him." A compromise was made and the son was right back playing soccer.

In addition to the traveling soccer league founded by Raya, the Wasco Recreation and Parks Department also offers coed soccer teams for 3-13 year olds. The registration cost is $45 for 3-6 year olds and $55 for 7-13 year olds. This cost includes a shirt and socks for each player. The Recreation and Parks Department soccer league began Sept. 28 and will continue through November. 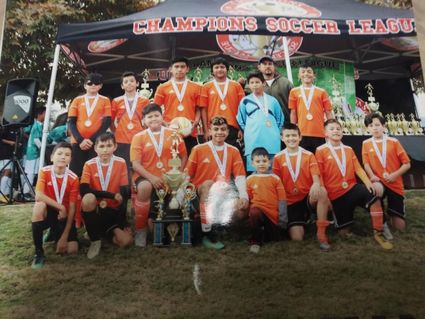 "I like soccer for kids because it helps with discipline problems, weight issues and motivation, keeps kids on the right track," Raya said.

Also, while speaking with several Sheriff's Activities League (SAL) girls during baseball season, each girl expressed that she was frustrated because there weren't any team sports such as baseball or soccer for girls 15 years and up.

Raya is passionate about his teams. He has also been able to recruit the volunteer coaches.

"The club was founded to promote the game of soccer and help kids learn and practice the game correctly," Raya said. "Most importantly, it was founded to guide these kids to be better people."

The next home game for the soccer team is Sunday, Oct. 13, at Teresa Burke beginning at 10 a.m.