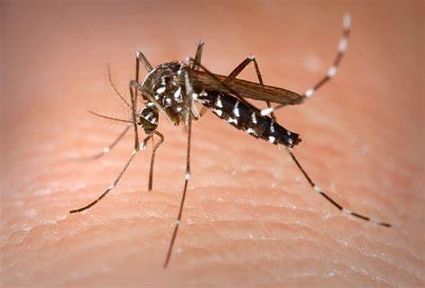 The African mosquito is very aggressive and targets humans.

There is a new threat to Kern County residents, and it's aggressive and potentially dangerous. According to Gene Abbott, director of Kern Vector and Mosquito Control, there is a different species of mosquito that has exploded on the scene this year.

"The last few years, we might find a couple per year, but this year it has been crazy. There are not too many areas of Kern County that have not seen at least some activity of the pest."

It is called Aedes Albopictus, a species of mosquito that originally was found only in Africa. It is also referred to as the Yellow Fever mosquito. In addition to yellow fever, this species can carry the Zika virus, dengue fever, and chikungunya.

The first reported case of the mosquito here in Shafter was two weeks ago. Erica Soriano, a Shafter resident, reported to the county what her family thought might be mosquitos, though they didn't look like regular mosquitos.

A technician came out with some traps to collect some of the insects. Soriano's husband had already caught one of the creatures alive, enabling him to give it to the agency. Randall Abernathy, of the KVMC, collected the traps and they were taken to the agency for evaluation.

They received a call some time later, telling them that they were indeed the Aedes Albopictus. "They are very aggressive and will bite you over and over," Abbott said.

An entomologist for Kern Vector and Mosquito Control, La Khang, said that the species is very hard to eradicate. "They are very smart and sneaky insects. They can survive and lay eggs in as little as a bottle-cap full of water."

Khang also said that unlike a lot of species of insects, these mosquitos like to bite humans. "Humans are a big target for these mosquitos. They also can bite you over and over, instead of just biting and feeding one time."

There was a map of Kern County on the wall at the agency, and red squares were indicative of the spots where this type of mosquito was found. There were not many places on the map that did not have a little red on it.

"Homeowners can help us fight this insect by eliminating the sources of water and moisture that the insect thrives on," Khang said. 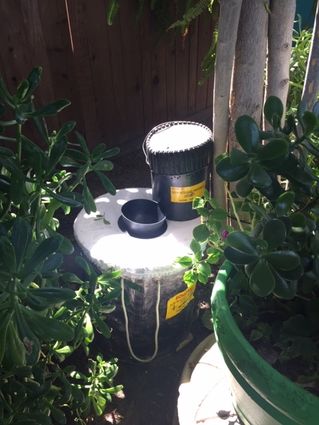 The African mosquito is very aggressive and targets humans. A trap was set on the Sorianos' property.

One of the things that homeowners can do is to dump and scrub containers that have standing water. "You can also dump and scrub plant saucers holding water and fill them with dirt and sand," said Khang. "It is not enough just to rinse or wash the pots and saucers out. It needs to be scrubbed because the eggs will attach themselves to the bottoms and sides of the containers."

This insect is much smaller than a regular mosquito – around a quarter of an inch in diameter. They have a black body, with black and white stripes on their legs.

If you suspect that you have this mosquito on or near your property, residents are asked to contact the Kern Vector and Mosquito Control agency at 661-589-2744.