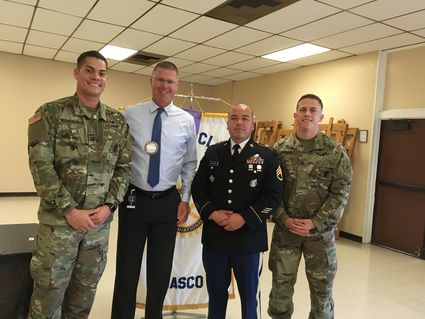 Sergeant Negron Cruz of the U.S. Army was the guest speaker at Rotary this past Monday.

Cruz shared his journey in the Army and explained that he served three tours in Liberia.

"The Army offers 150 different careers," Cruz said. "I was a commander in the Delano recruiting office, and we have a lot of recruits out of that office." He said that the Army doesn't get that many recruits from Wasco.

He described his journey from mathematics to engineering to human resources, and how he found his passion in HR.

He explained that math and engineering did not trigger much enthusiasm in him. After enrolling in some courses, he knew he wasn't meant to be a mathematician or an engineer. When he landed in human resources (recruiting), he knew he had found his passion.

Cruz discovered that he was more of a "people person" than a "numbers" guy.

He loves to interact with new recruits and assist them in their journey to finding a career path. Cruz listed several career paths for recruits such as aviation, medicine, human resources, mechanics, engineering, law enforcement, legal, auto mechanics and computers. 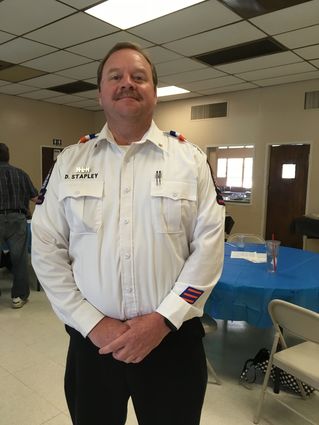 He also mentioned that Army Reserve recruiting allows reserve members to stay close to home. "Many of the young recruits are just out of high school and don't want to be too far away," he said. "Reserves do have times where they are called away from home, though."

"If an older person joins the Army with a degree in hand, he/she could be classified as an E-4. If he/she passes the entrance exam with a score of 110 or higher and has a clean record, he or she could get the E-4 pay. In the Army, you are paid by rank, not by job title."

Cruz also mentioned that Wasco High is the only high school in Kern County that gives the Army entrance exam, even though there aren't normally a lot of new recruits from Wasco.

"The Army deals with combat requests carefully," Negron said after a Rotary member posed a question about combat duty.

"In a month's time, we need 39 active duty recruits and 3 reserves when we are recruiting," Cruz said.