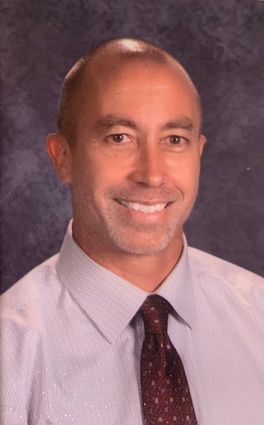 Cobb was born and raised in Paradise, where fires wiped out the entire town last summer. He started high school in Happy Camp, Calif., which is just west of Yreka, and graduated from Hoover High in Fresno. He met his future wife at Hoover High.

Upon receiving his bachelor of science in biology from Cal Poly, San Luis Obispo, he thought he would become a fishing biologist. However, "Fishing isn't what one usually thinks of when relocating from San Luis Obispo to Wasco," Cobb said.

In addition, Cobb was getting married right after graduation and his fiancée, Keri, was already an assistant planner for the City of Wasco. So, he relocated to Wasco.

He obtained his teaching credential from Fresno Pacific and continued his education at University of La Verne, where he received his administrative credential.

"It took a while for me to adjust to moving from the coast to a community in the middle of the valley," Cobb said. "But, we've made a great home for our family and love everything about Wasco, especially the sense of community and the people."

Cobb taught biology at Wasco High for eight years and was invited to move to the district office, where he became principal of curriculum instruction.

In 2018, he was invited to apply for the newly created assistant superintendent position.

In this role, Cobb held a meeting for concerned parents and students in June 2019 to discuss how the district was going to implement some of the classes that NKVTC offered.

His team worked long and hard to finalize new classes for the fall. They came up with four options Early College Career Pathways for students:

--Public safety (where a student can transfer to BC and get an AS degree in Administration of Justice).

--Public health (where a student can obtain an AS degree in public health Science at BC), and

Cobb stated that a team of people got on board to come up with the new classes to replace what was lost by the closing of NKVTC. He also mentioned that because of the new schedules, students can begin their chosen pathway during their freshman year. 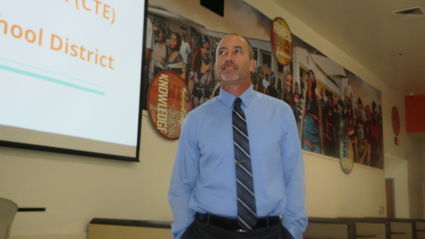 He mentioned that, with this program, many students in the four areas would be able to continue their education at a four-year college or seek employment immediately after high school. "If a student follows a career pathway as set up, they can graduate from Wasco High with a certificate in their particular area," he added.

Cobb mentioned that about 40 years ago, there were a lot of openings in businesses that did not require a college education; however, times have changed and taking college courses opens up more options to students.

"The decision to go to college is not absolute," Cobb added. "There is no right or wrong answer."