Back to School at Palm Avenue

Opinions unanimous: It's a better environment 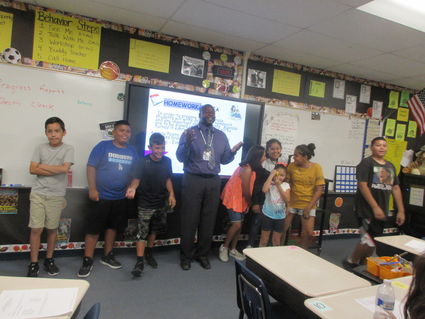 Back to School Night was held at Palm Avenue Middle School on Tuesday in the air-conditioned gymnasium.

Parents and their child or children commented on how nice the cooler air felt, especially getting out of the heat.

Approximately 150 students and parents were in attendance, all looking forward to exploring their child's classrooms. One wing of the school is dedicated to all the sixth-grade rooms, while the seventh and eighth graders have their own area.

Parent Kathy Nunez said her daughter, Leah Nunez, was back at Palm Avenue. Even though Leah went to Palm Avenue last year, her mother said. "She said it feels like a new school."

Another mother who wished to remain anonymous stated that her daughter was excited to stay at Palm Avenue, and she loves the changes.

Principal Oscar Luna welcomed everyone to the first-ever Back to School night at Palm Avenue. He introduced Vice Principal Zachery Ellis.

In addition, Luna described the school's mission statement and explained the three values the school desires in its students which are academics, character and leadership. 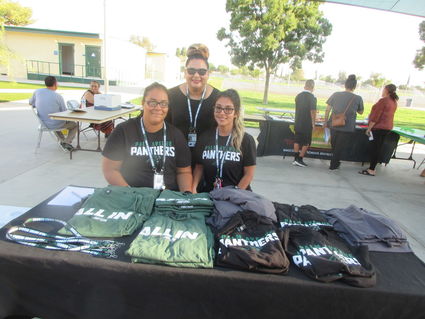 Counselor Elena Contreras discussed the safety of all the students and how important safety is to the individual schools and the district as a whole.

Yet in Rosa Perkins' seventh-and-eighth-grade math class, no one raised his/her hand. "I guess they are shy," Perkins remarked.

Resource Specialist Jacquelyn Stoncipher was at Thomas Jefferson in the same position last year. "I'm excited to be here at Palm Avenue," she said.