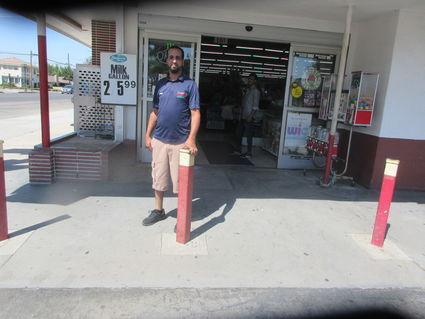 There is a small market in town that carries just about anything a shopper might need in the way of medical needs, shampoo, fresh produce, canned goods, bakery items, cold beverages and great meat choices.

"We have the best meat in town," owner Saeed Saleh said. "Butcher Antonio Vadillo has been with us for 16 years. We also have fresh produce every day."

Though Fiesta Latina Market on 7th Street doesn't carry everything, it stocks a very big selection for its size.

Fiesta Latina Market is clean and well-lit, and customers have commented that they like shopping at the market because it sells Mexican products. 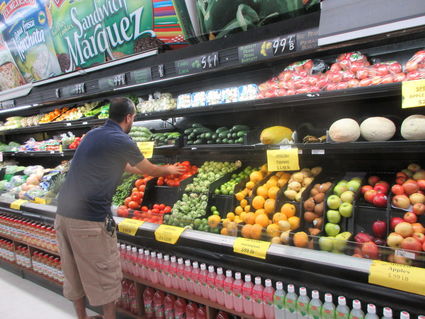 Prior to arriving in Wasco, Saleh worked in a friend's store in Bakersfield and decided to join his brother in Wasco. "I like the Wasco community," he said. "I like it when a lot of kids come into the store in the afternoon after school is out."

Saleh stated that he loves the Wasco community and the people.

He has been married to Agsan Shibi since 2005, and they have five children ranging in age from 8 months to 13 years old.

The shoe store carries footwear for toddlers to large adults in many styles, including casual, formal and semiformal. They also have a large selection of boots.

They also have baseball caps, t-shirts and jeans in many sizes.