On Saturday, the residents around Fifth Street could smell the scent of barbecued tri-tip. 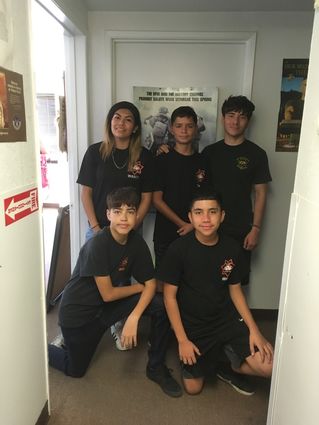 No one was complaining. In fact, people arrived from 11 a.m. when the doors opened until they closed.

The fundraiser was spearheaded by VFW member Danny Rueda and Post Commander James Medrano. Aera Energy had suggested to Rueda that their company would like to support a fundraiser for the VFW.

Assisting the vets were several Sheriff’s Activities League members, who collected meal tickets, helped serve and assisted in cleaning up.

The majority of the ticketholders had their meals to go. “We had about 400 people pick up meals,” Rueda said. “Several people stayed away from whatever they were doing at home and enjoyed their meal at the hall.”