Ortiz-Hernandez to get raises, too 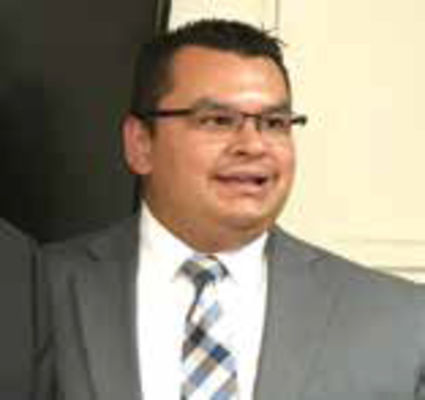 The City Council extended City Manager Daniel Ortiz-Hernandez's contract an additional two years on Tuesday night. On top of the three years left on his initial contract, he is set to be with the city at least through 2024.

The agreement calls for a salary increase of 3% each year. His current salary is $175,000.

The council also had to deal with some misunderstandings on the first contract.

Ortiz-Hernandez's employment agreement stated that the city would pay his portion of the employee's contribution to California Public Employees Retirement System.

The city discovered that paying for Ortiz's CALPERS' contribution was in error since the system's regulations state that new hires are not eligible to have their CALPERS payments paid for by the city – they must be paid by the employee directly.

Ortiz consented to reimburse the city for the amount of his contribution made by the city, $8,646.32.

In other business, the new Sergeant Peter Martinez was introduced to the council members and attendees. Martinez gave his report and let everyone know the sheriff's deputies stepped up their patrolling on the first day of school, which was Aug.14. "No traffic cases arose the first day," Martinez said.

The membership processing fee is $20, which will be fully reimbursed when the first vehicle is rented. Cost per hour is $4; weekdays are $35 and weekend days are $45. Maintenance, mileage, insurance and roadside assistance are at no cost to the driver.

All drivers must be at least 21 years old and have a good driving record.