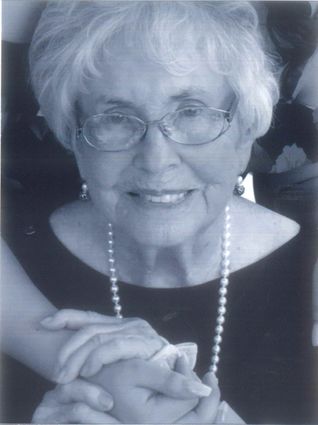 Pauline Little was born on July 27, 1924, in Morrilton, Ark., to Oda and Verna Ring. She was the youngest of two daughters.

The family moved to Wasco in 1936. She met her childhood sweetheart, Alister "Allie" Little, in high school, and they married in February 1942. After his discharge from the Marine Corps, they made their home in Wasco, where they lived (and farmed) until 1979. At that time, they moved to Bakersfield to be closer to their daughters and their families.

Pauline was active in the Wasco Church of Christ, and after moving to Bakersfield, the Westside Church of Christ. She mentored teenage girls and served as a role model for newly married young women.

Pauline was preceded in death by her husband of 61 years,, Allie; her parents; her sister "Sissy"; and her special granddaughter, Stephanie.

She is survived by her daughters and their spouses: Shirley and Rick Pitts, Janet and Ed Pafford, and Allison Little and Michael Musacco. She leaves seven grandchildren: David, Michael, Rebecca, Mark, Stephen, Daniel and Nicholas (and their families); 14 great-grandchildren; and five great-great grandsons.

The family would like to give special thanks to Hoffman Hospice and Linda and Dan, caregivers from Arcadia Gardens, for the special care and kindness they provided to our mother. We also want to acknowledge and thank the Hernandez family for caring for our mother as their own.

Private family services will be held