Dog owners line up for clinic 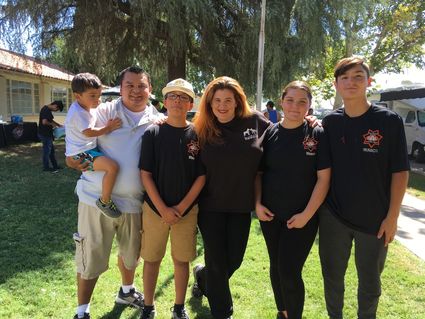 The front of the old courthouse on 8th Street was taken over by dogs on Saturday, Aug. 24, as a nonprofit organized a free registration, spay/neuter and microchip clinic.

This event was for dogs only, and people were lined up outside the courthouse door, filling the lawn. Each owner held their pet or attended to their pet on a leash, waiting to hear their name called for microchipping, spaying/neutering or just registering their dog.

Owner of Bakersfield Boxers and Bullies, Sundee Martinez, organized the event with help from her organization and the cooperation of the City of Wasco.

Veterinarian Jeff Fankhauser took on the surgical portion of the day's events.

Martinez expressed how important it is to spay/neuter animals to prevent overpopulation and unnecessary breeding of dogs and cats.

"Even though today is for dogs only, I haven't forgotten about our feline friends," Martinez said. "It's just as important to spay or neuter cats as soon as they are old enough to have the surgical procedure."

Also, Martinez stated that all of the smaller rural communities in Kern County have a need for clinics.

"The inner cities have been hit, but the rural areas surrounding those cities have been neglected," Martinez said. "There are puppies running loose, getting pregnant, and no one is protecting them. We have a huge project here."

Additionally, she mentioned the organization is trying to get a grant for this project. "It costs $100,000 to get a thousand animals fixed," she added. "You can see how big a project this is." 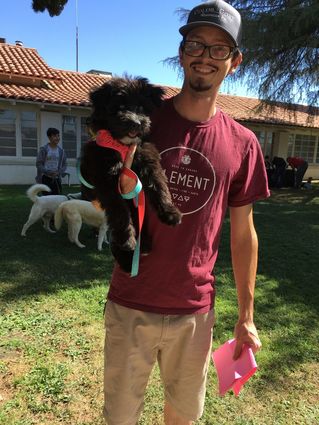 "To spay and neuter is the only way to stop this problem," Martinez said. "My rescue organization, Boxers and Bullies...every three weeks we do a parvo [a highly contagious, sometimes fatal, virus in puppies and young dogs] vaccination. It's $3,000 a day to bring the mobile clinics to a community," she said. "We need to stop the overabundance of dogs and cats in all the communities. We also need to get cat rescues out here."

Martinez added that she would like to see a clinic like this happen every other week in Wasco.

"We are ready for change here in Wasco," Martinez added. "We've already talked to city officials so everybody understands not to breed their dog."

The message Martinez emphasized was to stop breeding pets.