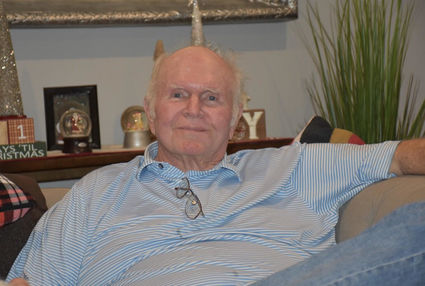 Ron was born on Nov. 8, 1947, in Wasco to JB and Virgina. He graduated in 1965 from Wasco High School, where he made lifelong friends.

In 1970, Ron married Karen Brown; from this union they had three children, Jeff, Jason and Amanda.

Ron enjoyed coaching baseball and basketball. He liked to golf, fish and travel.

Ron always had fun at the horse track with his children and grandchildren. He loved all animals, and he spent a big part of his life raising dogs and horses.

He is survived by his son, Jason, and wife Megan; daughter Amanda; mother of his children, Karen Johnson; grandchildren Alyson, Ashley, Tori and Eric; three brothers, Jerry and wife Judy, Roger and wife Marlene and Stephen and wife Eden; and one sister, Paula Vandiver and husband Jay; as well as other loving family members and close friends.

Preceding him in death were his parents, JB and Virgina, and his son, Jeffery Brandon.

We will miss you and all the good times we had together.

The service will be at the Church of Christ, 850 Minter Ave., Shafter on Tuesday, July 30, at 10 a.m. Interment will follow at Wasco Cemetery. A reception will held at Hodels in Bakersfield