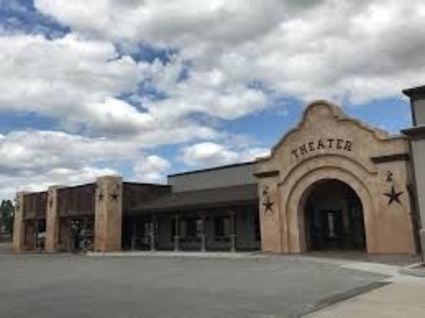 The Ford Theater/Tin Cup Coffee complex on Lerdo Highway was a special project for Payne.

SL Payne, Inc., has built a flourishing business on a solid foundation of personal care and service.

Steve Payne has been in the construction business for decades, serving the communities of Shafter, Wasco, Bakersfield, Delano, and all of the surrounding areas in Kern County.

Payne got his feet wet in the business back in 1978. He started at the bottom and worked his way up. This gave Payne the opportunity to get experienced in all facets of the business, aiding him tremendously when it came time for him to venture out on his own.

Payne said that a good reputation is an important part of this business. Profiting from good word of mouth can help a business grow and stay strong, even through trying times. SL Payne, Inc., managed to thrive during the housing crash that meant the end for a lot of construction companies. At the time, Payne had hung up his tool belt for the most part, taking the reins of the projects in a supervisorial role. But, during the crash, it sometimes became necessary for Payne to strap on the belt again and help with the bigger jobs. "We had to do a lot of the building ourselves during this time, allowing us to weather the storm," he said.

The office is now located at the complex that houses Tin Cup Coffee and the Shafter Ford Theater. One of the big jobs of the past few years for Payne was the building of their current location. The Starrh family decided to open a theater on the property, which was the old Ford car dealership. Payne took on the challenge, and the result is a beautiful complex containing the coffee house, offices (including his own), and a modern theater venue.

With the market on the rise again, Payne has hung his belt back up for the time being, with his daughter Stephanie as his partner in the business. When asked what has changed in the business since his start all those years ago, Payne said, "Well, the regulations are a lot more stringent now, making it more of a challenge to get a job done in a timely manner, making it necessary to plan more carefully."

The company has seen five generations work to keep the business a healthy mainstay in the community of Shafter. 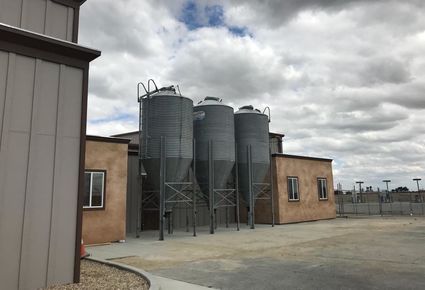 Silos highlight the design of the Ford Theater complex, the home of SL Payne.

When asked what influenced him when starting in the business, Payne said, "I learned from some of the best in the business. Bud Cashen, who was one of the founders of Century 21 Real Estate, was a major early influence. Bud would give me a list of things to do while he was gone. When he returned, he would check to see how I had done on the list of duties I had."

If he did not get the items done as fast as he thought appropriate, Cashen would take Payne's tool belt from him and say, "This is not the way you are going to make a living. This is how you will make it," and gave Payne a pen, meaning that he was going to make his name on the managerial side of the business. Cashen was right, as Payne has shown a special gift in managing projects and getting them done on time and on budget, realizing his customers' vision.

Payne is also involved in the community and in giving back with trips to Mexico, where he helps build different structures with some greenhands as his crew.

With Stephanie on board as a partner in the business, the family legacy is living on and will keep growing for many years to come.