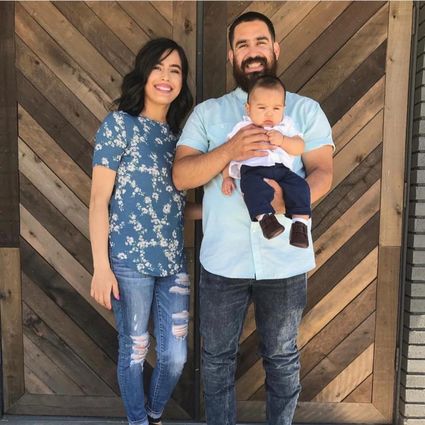 Recently on the Assemblies of God website, a story appeared about a former pastor at Canyon Hills Church in Wasco handing out dog food on his visits to homes.

Pastor Emmanuel L. Hernandez expanded his evangelizing door to door, giving away baggies of free dog food along with his message.

Hernandez offered to pray with people and handed out a baggie of free dog food to everyone he prayed with. People asked then asked which church he came from, and many started attending.

Fernando Segura has continued the tradition as pastor of the Wasco Canyon Hills for the 18 months, having joined the church in May 2018.

"It sounds strange, but it opens huge doors for us to speak to people about the gospel, and they show up to church," Segura said. "It's unorthodox, but you see the appreciation on their faces. For a person on the streets, it means the world to them to feed their animal."

Segura mentioned that many homeless people have dogs with them as companions, so the church packs the dog food into smaller bags

In addition, 2018 was a year full of changes for Segura and his wife of three years, Cecia, with the birth of their son, Cyrus, on Dec. 23. The couple met at Canyon Hills Church in Bakersfield when he was youth pastor.

Originally from Ventura, Segura grew up in Oxnard and attended the School of Urban Missions (SUM) in Oakland, Calif.

He has a variety of hobbies, such as going to the Buttonwillow raceway, and has a small business on the side.

"I detail cars as a second business," he said. "I'm either at my parents' house in Bakersfield or mine in Wasco detailing in the garage."

Segura said that there are about 150 members in his congregation and about 25-35 of them are in high school.

We have kids show up for the first time and they love it," Segura said. "Our services are very diverse and uplifting."

Service times are Sundays at 9 a.m. (Spanish) and 11 a.m. (English) and on Wednesdays, they have a midweek adult gathering and youth service at 6:30 p.m.

Segura mentioned that Canyon Hills provides free dinners for the homeless every Thursday at 5:30 p.m.

For more information on Canyon Hills Church located at 600 Broadway, contact Pastor Segura at the church at 661-871-1150.