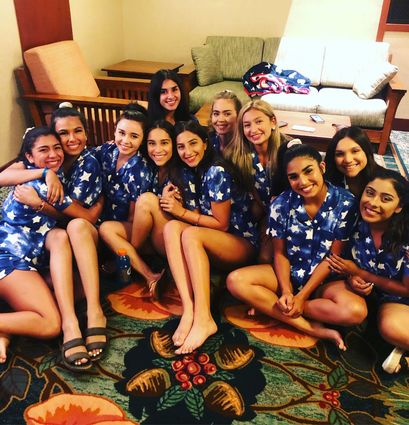 According to pageant director Hailey Coyle, "This trip is a bonding experience for the girls." She said that each girl attended the Disneyland trip along with the current Rose Queen, Victoria Bernal, and the pageant directors.

"The girls enjoyed some of the rides, shopped at Downtown Disney and dressed up for dinner at Tortilla Jo's. They also watched the daily parade and fireworks show," Coyle said. 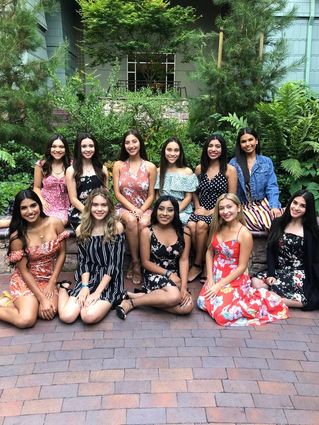 In keeping with the theme of unity, the candidates decided to buy matching pajamas and had a picture taken together. On another outing, each wore a bright green sweatshirt.

The candidates will be kept busy by participating in activities and events around town before the pageant.

The pageant will be held on Thursday, Sept. 5, at 6 p.m. in the Wasco High School auditorium. After the evening of the pageant, the Orange Heart Foundation will host the Wine and Roses event on Friday, Sept. 6, from 6-9 p.m. at the Wasco Recreation Park District Hall

The culmination of the festivities will be Saturday, Oct. 12 with the Wasco Festival, in which the parade will begin at 10 a.m. and the evening will end with the traditional Music Festival hosted by the Orange Heart Foundation.