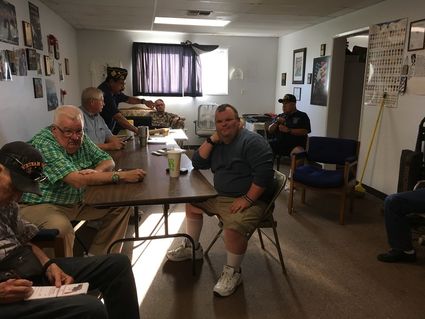 During the meeting, Madrone explained why he was part of the VFW. "I really believe in the flag," Madrone said. "That's the reason I continue to volunteer."

Guest Satorio Juarez introduced his son, Santos Gonzalez, to the members of the post. His son was there asking for a donation to help defray the costs of playing on a year-round traveling baseball team. "It's a once-in-a-lifetime experience," Juarez said. "He didn't make the team last year, but was selected this year."

"He plays shortstop," Juarez said. "They play all over the county."

He noted that there were two other kids from Wasco on the team.

The VFW members unanimously voted to approve a $200 donation toward Gonzalez's fee.

Danny Rueda announced that Aera Energy wants the VFW to do a tri-tip dinner or pancake breakfast. Aera Energy will pay for all the food. A tentative date of Aug. 17 was mentioned. The VFW will sell tickets to the BBQ and a date will be chosen at the next meeting. They want to sell each ticket for $10. "Aera's veterans will volunteer to do all the work," Rueda said.

The VFW has been asked to do a presentation for a Nov. 10 veterans event. Suggestions included presenting the colors. 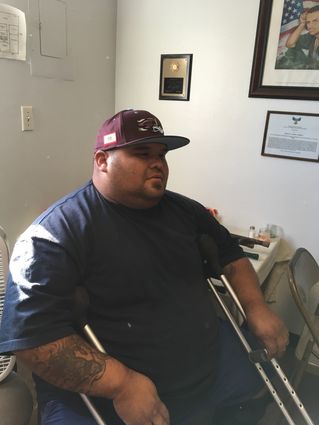