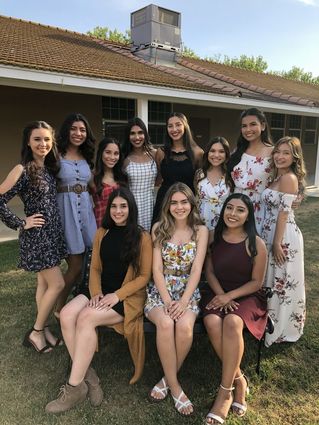 The 11 candidates pose for a group shot.

Eleven girls will be vying for the title of 2019 Wasco Rose Queen, to be announced Thursday, Sept. 5. This year's theme, "Blast Off Space," was introduced in a video on Instagram.

The girls are at Disneyland now with their advisers enjoying some bonding time. The next few months are going to be a busy time for each girl as they gain experience at public events and attending different events with city official.

Disneyland is an important part of the experience because it allows the girls to bond with one another and their advisors, who will guide them through their journey as individuals and as a group. 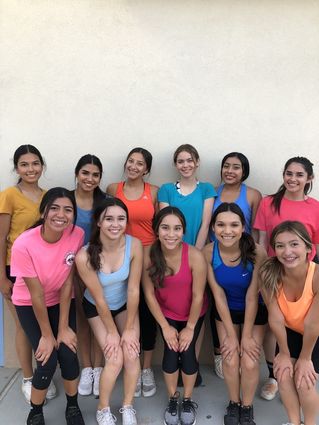 The culmination of the Rose Queen pageant will take place on Thursday, Sept. 6 at the Wasco High School auditorium, when the 2019 Rose Queen is named. Following that, there will be a Wine and Roses evening on Friday, Sept. 7. The location will be determined at a later date.

Additionally, the Wasco Festival will be held on Saturday, Oct. 13 at Barker Park from early in the morning until the end of the day with the Wasco Music show. According to reports from last year's music festival, attendees all said it was a lot of fun and people danced all evening.

The Wasco Festival will have different types of booths, concession stands, games and lots of activities to please the entire family.

The Veterans of Foreign Wars will also hold its annual classic car show at Barker Park alongside the Festival. The event will feature vintage vehicles displayed by their owners..

Other festival dates include Thursday, Sept. 6, the Rose Queen Pageant at WHS; Friday, Sept. 7, Wine and Roses evening; Saturday, Oct. 13, Wasco Festival at Barker Park all day into the evening with the Wasco Music Festival.