Get out and dance at Mr. and Ms. 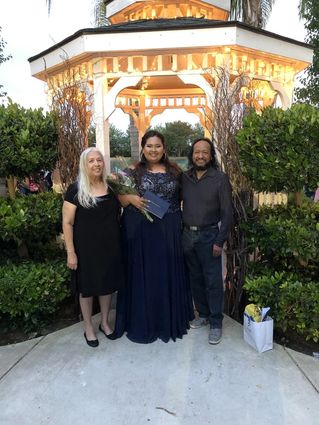 Owners Ana Ochoa and Antonio Pesqueda, with their niece Eryka Flores on her graduation day.

Since its opening in 2015, the Mr. and Ms. Nightclub has become a unique venue for residents to get out and dance.

The business is owned by Tania Cordova's parents, Ana Ochoa and Antonio Pesqueda. Her Aunt Vilma Mixco is the bartender. And Tania wears different hats for the business, and is a server and manages the nightclub.

"We started remodeling the building in 2012," Cordova said. "We currently have four employees: my parents, my aunt and me."

Cordova mentioned that the business at 630 F St. used to be an indoor soccer building.

Cordova runs the club for her parents. "They are finally reaping the rewards of having their own business," she added.

She explained that the business earns its revenue on drinks. "We do offer some snacks such as peanuts, chips and gum," she said.

"We have a nice-size dance floor with plenty of room for the dancers to be expressive," Cordova said.

The music varies according to what the crowd wants. Sometimes the evening is filled with country music, other times rock and roll or R & B. "We play what the customers want," she said. 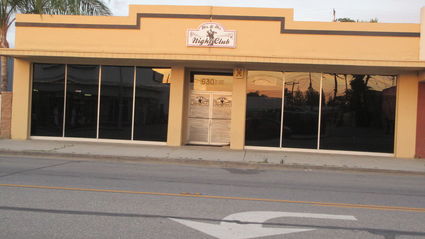 Cordova is most proud of the fact that the police have never been called out and a complaint has not been filed against the club since it opened.

Customers should be aware that there is a dress code, meaning customers may not wear backless sandals, flip flops, monogramed shirts, no plain white T-shirts or anything that could be interpreted as gang-related.

"I try really hard to make this a safe place to go to," Cordova said. "I pride myself on our great safety record."