By Rochelle VanderHelm
For the Wasco Tribune 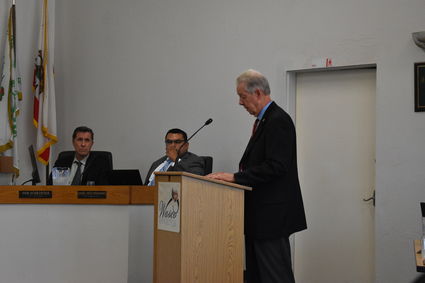 Rochelle VanderHelm | For the Wasco Tribune

The Wasco City Council approved an annual budget of $11.9 million for the 2019-2020 fiscal year at its meeting Tuesday night

Two councilmembers, Danny Espitia and John Pallares, voted against approving the budget, with Espitia citing concerns about the use of Measure X funds.

The "verbiage" of Measure X specifically states that these funds should be used for essential government services like public safety and street improvements, said Espitia. The operating budget for this fiscal year appropriates some of those funds toward the salary of a new communications and marketing Specialist position, which both Pallares and Espitia consider to be inappropriate use of the funds.

Mayor Pro-Tem. Tilo Cortez Jr. was also uncertain about the allocation of Measure X funds but cast his "yes" vote after Interim Finance Director Satwant Takhar informed him that the council had only until June 30 to approve a budget.

The city will maintain reserve funds of 30% of general fund appropriations after voting to adopt a reserve policy. "The city currently has reserves but there has never been a number or percentage amount that designates that," Takhar said. 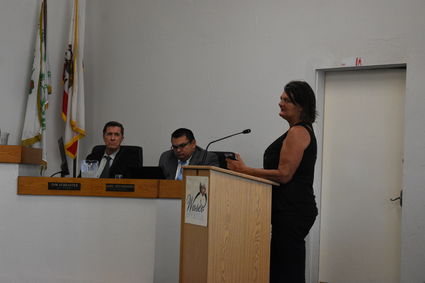 Rochelle VanderHelm | For the Wasco Tribune

The council heard from several members of the community regarding maintenance fines. They presented appeals to revoke or reduce fines for yard maintenance for extenuating circumstances. "We do work with all of the people we give notice to ,and they do often get more than 10 days to correct it," Planning Director Roger Mobley said.

The council has already held hearings for community members to appeal the fines. The council maintained that it was too late in the fiscal year to proceed further with revisions, and that the Community Development Department had done its due diligence regarding each case. Among those heard was the manager of Walmart Supercenter in Wasco.

The City of Wasco will be sending a letter to the Governor of California regarding water sanitation. "I've been talking and knocking on doors about the state of our water and the cost of filtering it," said Councilmember Gilberto Reyna. The city is requesting help from the state to fund modifications to the water system.