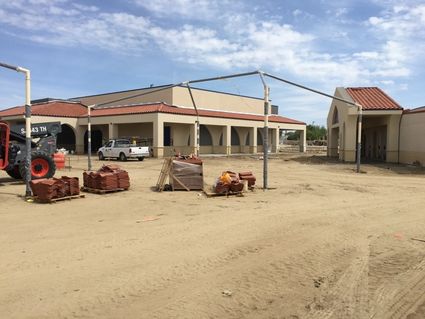 A diagram of the Maintenance, Operations and Transportation Center.

This year has been a very busy one for the Wasco Union Elementary School District. As Superintendent Kelly Richers finalizes logistics for the completion of several state-of-the-art buildings that will join existing WUESD facilities, parents start to think about how this will affect their children. Working alongside engineers, architects and construction workers, Richers must ensure a modern learning environment for incoming middle-school students.

The construction of two 6th-through-8th grade schools -- James A. Forrest and Palm Avenue --is being finalized and, under the supervision of Richers, construction workers plan to have the schools completed within the next month.

In 2010, Education Digest published "Gaining Ground in the Middle Grades: Why Some Schools Do Better," by the education advocacy group EdSource. Their study of 303 schools across California analyzed students' performance in school. Its analysis showed "success in key subjects in the middle grades is a strong predictor of success in high school and beyond." This illustrates why it has become important to center specific attention on education around the 6th-8th grade levels. 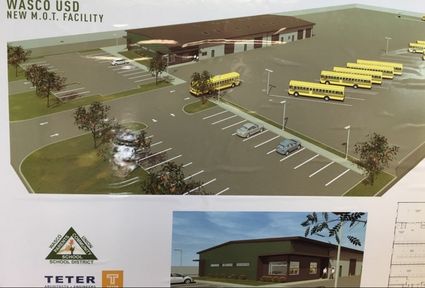 The James A. Forrest Elementary School under construction.

According to Richers, there are two benefits from the new schools. First, the capacity of the schools will provide for growth well into the future. The student-to-teacher ratio will be dramatically lowered with the schools, too. The district is expecting that with fewer students to teach in each class, learning will be enriched, Richers said.

Wasco residents will immediately see a larger site for the MOT (Maintenance, Operations and Transportation) Center on the outskirts of Wasco. People that are delayed in getting to work during the morning rush will no longer deal with the influx of traffic downtown.

Richers stated that the schools' grand opening will be July 30, with the fall term starting Aug 12. While the two middle schools opening in August, the expectancy of the MOT inauguration will be no earlier than October.