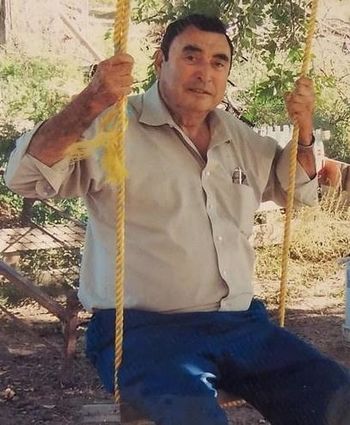 He was born on Dec. 9, 1931 in San Ignacio, Chihuahua, Mexico, to Luis and Juanita Trujillo.

He grew up in San Ignacio, where he resided until coming to the United States in 1956.

Jose married Elena Rodriguez on June 25, 1961 in San Fernando. They were happily married for 57 years.

They moved in 1970 to Wasco, where he worked for Riccomini Farms until he retired in 1995.

Jose enjoyed playing the guitar, doing yard work, tinkering in his garage and spending time at the beach. He also enjoyed glazed donuts and the seasonal McRib sandwich.

He was preceeded in death by his wife, Elena Trujillo; his parents, two brothers and one sister, and two grandsons, Rafael Gutierrez III and Angel Gutierrez.

Graveside service will be on Wednesday, June 12, at Wasco Cemetery, officiated by Pastor Danny Scott. Condolences may be left on Jose's online guest book at bashamfuneralcare.com.

The family would like to express their gratitude and thanks to Optimal Hospice and their team of angel staff, who were wonderful in his care. Also, to the wonderful staff at Golden Living Center, the family is eternally grateful for all the care he was given.