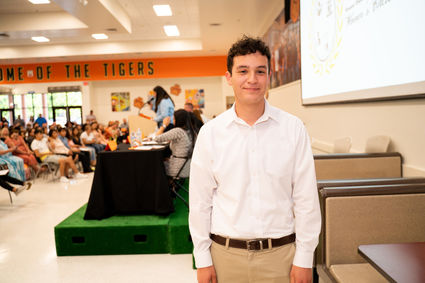 Graduating seniors at Wasco High School received their scholarships last week as the school recognized its academic achievers and male and female Tiger of the Year at its annual Winner's Circle celebration.

Christian Figueroa received the Bill and Melinda Gates Scholarship. Figueroa will be attending Stanford in the fall, with the four-year grant valued at over $191,000. As part of his scholarship, he'll also receive an internship.

Sayra Raya also received a full-ride scholarship to the U.S. Marine Merchant Academy in New York in the fall. The value of that education is approximately $270,000, according to the academy. 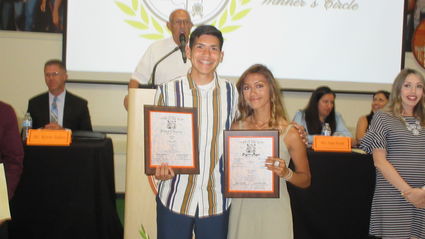 Tigers of the Year, from left, Peter Chavez and Sayra Raya.