Will be replaced by WHS classes 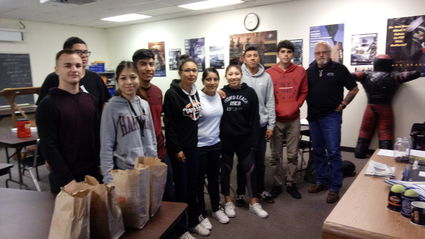 The North Kern Vocational Training Center board voted to shut down on June 30, after more than 40 years of operation, due to changes in state funding that have plagued the center since 2008.

"I've been on this board for 30 years. We've been up and down in the past, and we always managed to make it through," board member Wayne Montgomery said.

In other words, the programs at the center have been operating with a 2008 budget. Even though costs have risen since 2008, the money allocated for vocational training has remained at that level.

"We kept wondering if the year we were in would be the last year we would be operational," Bean said. "However, we've managed to hold on since 2008."

The current board members of the NKVTC are Joel Ackernecht, Wayne Montgomery, Joe Roman, Ernie Sanchez and Jesus Cardenas.

"This agreement was created at a time when the school districts were much smaller and sharing resources between the schools was more cost-effective and provided a greater selection of vocational opportunities than might have been available through the students' home district," WUHSD Principal Kevin Tallon said in a press release last Thursday.

District officials explained that education has changed in preparing students for their future.

"Vocational education is currently merging vocational-learning courses with academic clusters where students learn a wide range of transferable skills and then would have the option of furthering their education or entering the workforce," Tallon said in the release.

The school district plans to continue to offer career technical education classes to prepare students for a future that requires both academic and technical skills.

NKVTC operates under different state Education Code requirements, and is known as a regional occupational program. There are many such programs throughout California. Since the change in funding, most of the smaller ROPs like NKVTC have closed.

The center provided career-technical training in northern Kern County, which included Wasco and Delano. McFarland withdrew from the agreement entirely, leaving Wasco and Delano to absorb much of the same operational costs.

According to Tallon, the district will promote the following industry sectors in its curriculum: construction management, industrial automation, public health, public safety and general education teaching. He said that those offerings will expand the district's current career pathways in agriculture, culinary arts and multimedia.

Several students addressed the board at the meeting expressing their unhappiness with the closing of the vocational training center's closure.

Senior Ricardo Jimenez graduates this June. "I have been in this program for two years," he said. "Because of the training I received, I hope to become a teacher."

A tour of the classrooms gave insight into how the students feel about the center and what they've learned.

"The best thing I took away from this class is that we are all the same," said industrial production student Lucio Rivera.

Construction instructor John Steward was teaching a class of construction on constructing a new press box for the Wasco Reserves baseball team coming to town. Steward the stadium was built during the 1070s for another baseball team that came to Wasco to play. 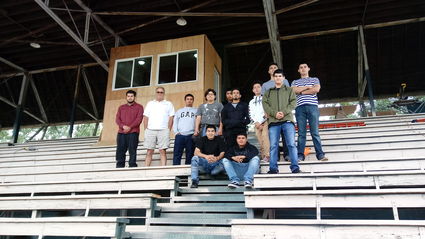 Construction students building a new press box for the Wasco Reserves at the Ballpark.

Steward stated that he has probably taught over 2,000 students in construction skills.

Nursing Assistant student Kimberly Guzman said, "We go to an off-campus site for four months where we earn 100 hours of clinical experience. I want to be a certified nursing assistant and work one-on-one with patients."

"We appreciate the North Kern Vocational Training Center staff and their service to our students and community," Tallon said. "We are developing a plan to ensure that there are sufficient CTE opportunities available for students in the 2020 school year. We plan to provide more information at a meeting scheduled in June.

The district will address changes in the vocational training program at an open meeting in the high school cafeteria on Tuesday, June 18, at 6 p. m.