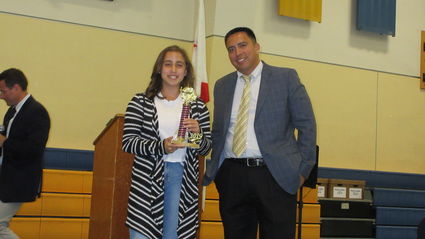 You can feel it in the air that the school year is nearing the end. The sun is shining, the weather is warmer and schools are holding assemblies at which they present high achievers and athletes with awards or certificates.

Parents filled the TJ gymnasium on Thursday, bringing with them younger family members, who jumped up when their sibling was announced. Cell phone cameras were clicking away during the entire ceremony. 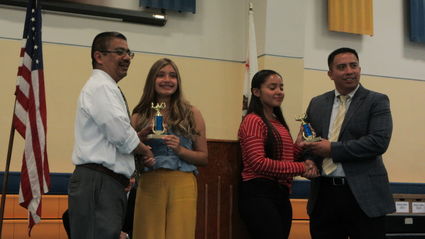 Cougars of the Year were Izaiah Juarez and Nadia Ornelas.

According to the program, the students were selected by staff members for their exceptional abilities in athletics, academics, art and other school activities.