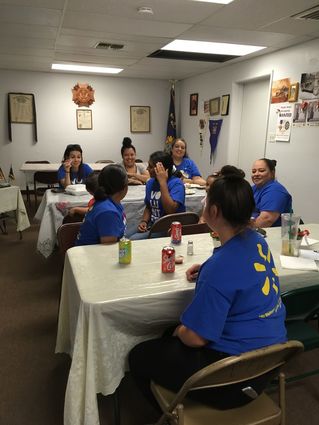 Walmart volunteers helped the veterans with their barbecue by serving attendees and completing the painting of the white crosses for the Memorial Day ceremony.

This past weekend was perfect barbecue weather.

Saturday was the annual Wasco Veterans of Foreign Wars tri-tip barbecue held at the VFW at 603 E St.

Early ticketholders began arriving before the 11 a m. opening, and they continued to arrive well after noon. 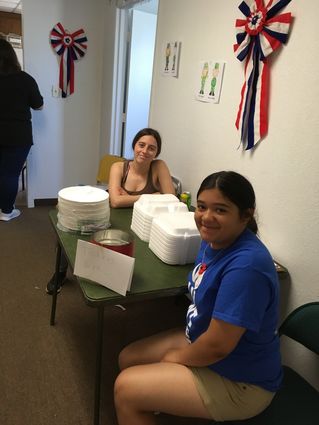 It was a good time to visit with old friends and make new ones as attendees from as far away as Fresno joined the Wasco veterans as they reminisced. Several students assisted the veterans, as well as a number of Walmart volunteers who have helped the veterans in several of their other fundraisers.

The Walmart volunteers completed painting the white crosses that will be placed on the graves of deceased Wasco soldiers at the Memorial Day ceremony.

"I look forward to this barbecue every year," Commander Danny Rueda said. "It's nice to be able to see so many friends come out."

The volunteers painted about 300 crosses to be placed on the graves of deceased veterans, which will be honored and recognized at the annual Memorial Day ceremony

Everyone is invited to attend the event, which will be held at the Wasco Cemetery beginning at 9 a.m. on Monday, May 27.