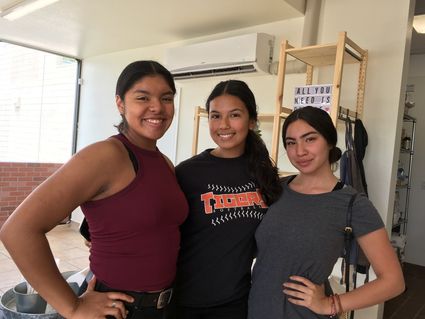 The customers have weighed in on Wasco's newest bakery, and the verdict is: Sweet.

Sweet 7th Street Bakery, owned by Daun (Katie) Chong and Hyung Kim, held soft opening on April 12. The bakery is at 947 7th St., the site of the original Blue Sushi & Teriyaki Restaurant, which was damaged in a fire three years ago. The couple decided to renovate the site and open the bakery, while moving Blue Sushi to a new location.

Amber Cortez and Mike Saldana were among the first customers at the new bakery. Cortez had a chocolate cupcake and Saldana a vanilla one.

"The cupcake was moist and fresh," Cortez said.

"Mine was really good," said Saldana, who also ordered a cookie to take home.

Sanchez had the banana nut cupcake, Barron the Macha Green Tea cupcake and Hernandez the cranberry oat cupcake. They also sampled some cookies.

"I can tell this is wholesome," Hernandez said of the cupcake.

"They feel light in your mouth," Sanchez added.

Manning the counter of the small cookie and cupcake bakery was Blue Sushi manager Rosie Silva, who assists the owners at the bakery during the day and works at Blue Sushi in the evening.

Co-owner Katie Chong said the harvest oat cupcake is the bakery's most popular. 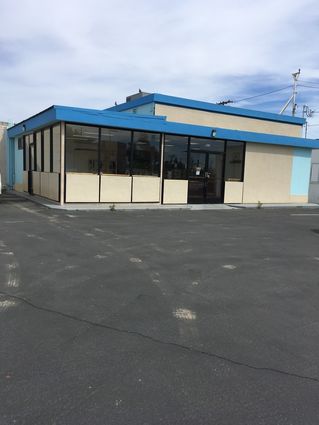 Sweet 7th Street is so new they don't even have a name on the place.

"Other popular items are the Macha Green Tea cupcakes and the chocolate chip cookies," she said. "These were the first items to sell out."

"The line was out the door," he said, "and I left because it would take too long. I'll try it out another time."

Because Chong and Kim own both Blue Sushi and Sweet 7th Street, they are in the process of updating telephone numbers for each location. For now, you can call 661-758-2236 Tuesday through Saturday after 4 p.m. during Blue Sushi's open hours. The phone number is the same for both places, but can only be answered during Blue Sushi's open hours. Customers can place cupcake and cookie orders using that phone number for Sweet 7th Street on those days.