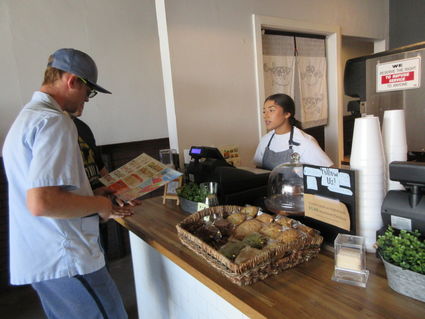 Since opening almost 10 years ago, Blue Sushi has acquired a loyal following. When the restaurant was damaged in a fire in 2016, its owners considered remodeling and reopening it as a bakery.

However, while shopping in Wasco, co-owner Katie Chong said that people would come up to her and ask her when Blue Sushi was going to reopen. Because so many people asked that they reopen as the original Blue Sushi, she and her husband, Hyung Kim, decided to do just that. They opened a bakery at the original location and launched Blue Sushi at a new location, 915 7th St.

Chong said that a lot of people like to order their bai (beverage) or ramune (strawberry beverage) before dinner.

Blue Sushi Restaurant is open Tuesday through Saturday from 4 to 9 p.m. They offer an array of appetizers, salads, chicken, beef and pork dishes. There is a large variety of options to choose from when dining.

"My favorite meal is the mango-avocado chicken salad," said diner Juana Pelayo. "We've eaten here before; it's always fresh and the service is fast." Pelayo was dining with her daughters, Valerie and Jasmine. All three ordered the mango-avocado salad.

Ben Villalobos had a takeout order of two of Jalapeño Bombs. "I love these," he said.

Several people ordered three egg roll appetizers at $2.95. Another popular menu item is the chicken teriyaki bowl, which is $7.25. Chong said some menu items will be increasing in price this month.

"Also popular with patrons is the crunch roll-sushi roll," Chong said. "There is shrimp in the middle, avocado and it's rolled in crunchy flakes." This item also sells for $7.95. 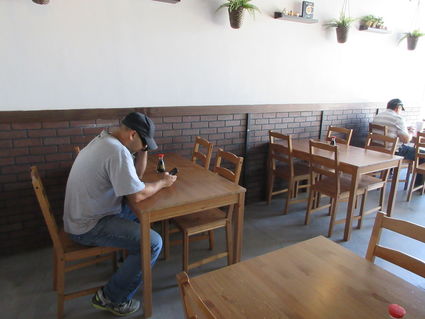 The restaurant has a comfortable seating area, and the room is spacious. It seats about 40 and fills up fast, so if you plan on visiting, it would be wise to get there before 4 p,m. so you can find a seat.

The restaurant's Japanese cuisine has been accepted by the community. "Even though we serve sushi, it's not completely raw," Chong said. "We pre-cook everything for our sushi because most people in Wasco won't eat raw food."

Chong also mentioned that nothing at Blue Sushi is pre-made. "Everything is cooked when ordered," she said.

By 5 p.m. on a recent Saturday evening, the restaurant was almost full and a steady stream of customers continued to arrive.