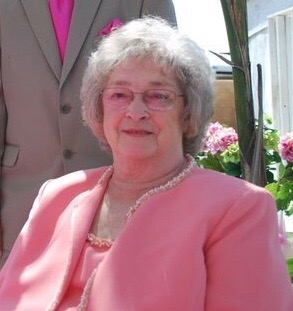 Muriel Lynn Peterson, 80, of Wasco, was born on Nov. 10, 1938, in Lewisville, Ark., to Arthur Louis Creech and Viola Annie Charity (Sewell) Creech. She was welcomed into the kingdom of Heaven on April 15, 2019. Muriel passed away in Bakersfield following several months of declining health.

Muriel married Carl Peterson Sr. on March 20, 1954, and moved to Wasco, where they raised their children.

If you attended Karl F. Clemens or Thomas Jefferson Middle School between the years 1961 and 2000, you most likely had a meal lovingly prepared by Muriel, who retired after 39 years as cafeteria manager.

One of Muriel's greatest joys were her cherished grandchildren. "Nana Murz" had a wonderful and timeless sense of humor, and as her daughter lamented, it was just like her to leave this world on tax day.

At her request, there will be no memorial services.

Muriel was active in the VFW and donated much of her time to veteran's families. In memoriam, donations may be made to Operation Homefront, 1355 Central Parkway S, Suite 100, San Antonio, TX 78232.

Special thanks to Kingston Healthcare for the attention and care they provided and to the Snow family for all their love and support through the years.