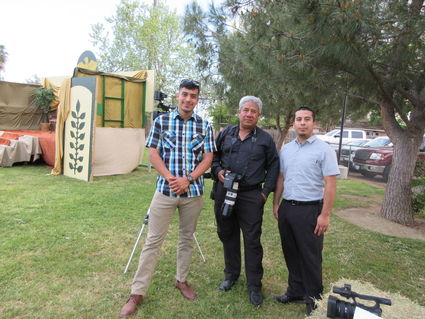 Each Good Friday evening, St. John's Catholic Church annually presents a play so the community can be a part of a religious Easter experience.

Young and old parishioners and volunteers re-enacted the death of Jesus Christ according to John by putting on the annual Passion of the Cross play.

Prior to the play beginning, attendees filled the grassy area with their lawn chairs in preparation for the evening's performance to begin. Many families brought their own snacks, while others took advantage of the vendor who was close by.

The grounds were filled with young families, teenagers with their friends and adults enjoying a warm evening out. There weren't too many who were on their cell phones that evening, as attendees showed respect for the seriousness of the play.

The soldiers showed little mercy as they kicked and punched Jesus as he lay on the ground. 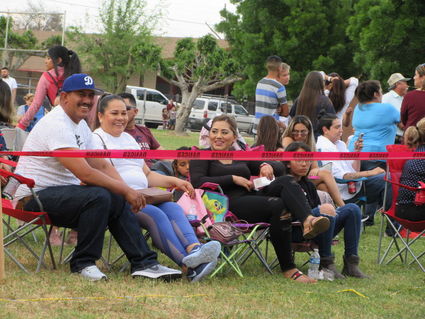 Attendees in their lawn chairs.

This is an important evening for Christians as it depicts what took place so many years ago while Jesus walked the earth preaching God's word. He was tried and convicted and then put to death.

In this play, there are several key players, such as Jesus, Mary Magdalene and Pontius Pilot. The many Roman soldiers also played an important roles as they were the ones who captured Jesus and harassed him by hitting and kicking him while he was down on the ground.

As it is every year, the performance was entirely in Spanish, but the well-known scriptural storyline could be well understood even by non-Spanish speakers.