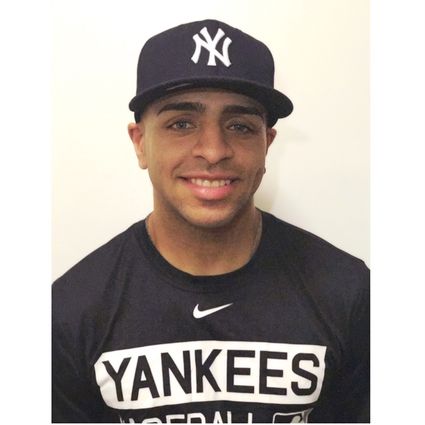 It's time to introduce another new Reserves baseball player. This time, he has Wasco ties.

Kelvin Guzman, originally from Wasco, moved to Corona, N.Y., with his family because his grandparents lived there and his mother got a head security guard position at La Guardia Airport in 2001. He graduated from Newtown High School in nearby Elmhurst in 2014.

Guzman attended Advanced Software Analysis College during spring of 2017 through spring 2018 in Manhattan. In 2017, he batted .280 in the fall season but didn't play in the spring due to injuries.

In addition, Guzman played in a professional league, La Zorilla, in Brooklyn. "This is a league where released minor leaguers or just regular baseball players trying to get noticed play to get a second chance to get back into major league baseball," Guzman explained.

Guzman is interested in playing in the Pecos League for several reasons. "It would be a step forward in achieving a goal that I've had since I was a kid, which has been to play professional baseball," Guzman said. "Playing in Wasco and playing for [Manager] Bill Moore is going to be exciting, since most of my family is from Wasco with some still residing there. My end goal is to play in major league ball if everything goes according to plan."

The Reserves begin their inaugural season next month.