Wasco Glass is full of surprises 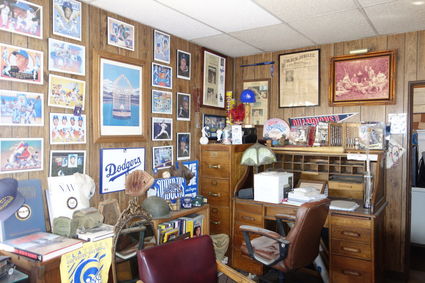 Wasco Glass is a treasure trove of antiques collected by the Schroeder family.

When you walk into Wasco Glass on Highway 46, you'll notice this isn't any ordinary glass shop. There are no mirrors, shower doors or framed windows on display inside the office; instead, you'll find a huge collection of sports memorabilia.

John Eric Schroeder -- he goes by Eric -- enthusiastically greets his customers as they enter his shop. His father, John Felix Schroeder, purchased the property in 1975 from the Fannin family and sold it to his son.

"This location was always a gas station even after my father purchased it in 1975," Schroeder said. "We sold gas as well as glass until 1993."

Since then, Schroeder said that it's been a glass shop exclusively. He stated that his father started collecting memorabilia when he was a child and that love of collecting was passed down to him.

While in college, Schroeder also wrote sports articles for the old [BEGIN ITAL]Wasco News.[END ITAL] He worked for Dennis Cutbirth, who currently lives in Santa Barbara. Among some of his collectibles, Schroeder has a copy of the 50th Anniversary Golden Jubilee issue of the paper.

Schroeder is proud of his family history. His family moved to Wasco in 1960 and he graduated from Wasco High School in 1977. He shared his 1977 yearbook photos along with several family photos on the wall of the shop.

Schroeder graduated from California State University, Bakersfield in communications, with a minor in English, because his mother was an English teacher. He worked for several television stations in Bakersfield, and knew in order to move up in the broadcasting business, he would have to relocate to a larger market. "I chose to stay in Wasco because my family didn't want to move," Schroeder said. 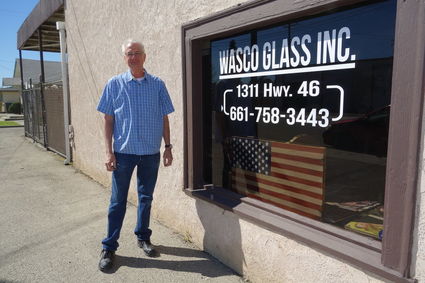 He was employed at the glass shop while in high school and college, and enjoyed working closely with his father. "I learned everything I know from him," Schroeder said.

Schroeder's wife, Nanette, is a traveling nurse, and he met her in Colorado Springs.

Wasco Glass is open Monday through Friday from 8 a.m. to 5 p.m. They are closed on weekends and holidays

Pricing on windows is varied depending on the size of the window and whether or not the customer is switching from single-pane to double-pane windows.

"The busiest time of the year is August through October, when almond harvesting takes place," Schroeder said. "The almond sweeper windows are broken by tree branches, and we service agricultural customers from the farms in Shafter and Wasco during that time."