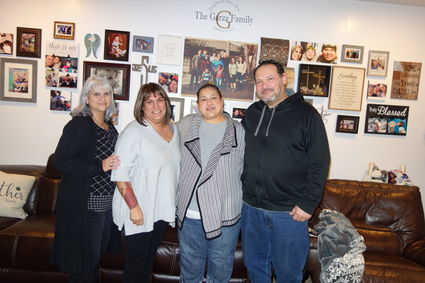 March 25 is fast approaching, and with that date comes painful memories for a local family.

That was the day the Adam Garza family lost four of their own in a head-on collision. The other driver had alcohol in her system and also died at the scene.

Along with husband and father Adam, two of his children with first wife Amber died that day, Madelyn and Kaleb Garza. Jacqueline Garza lost her husband and their youngest daughter, Jordan.

For these families, the children will always remain youngsters as they watch the surviving children grow and experience life maneuvering through the pain of the death of siblings and continue on as young adults.

Maria Gomez is Jacqueline's sister and wanted to be there for her during an interview last week. "It's still hard for her," Gomez said.

The family has remained close since the accident. In fact, Morales threw a donation dinner in honor of her son, Kaleb, who would have turned 18 this year. The dinner collected enough donations to provide three $500 scholarships in Kaleb's name at graduation this year. Jacqueline Garza donated raffle baskets for the dinner and helped with the party.

Additionally, Morales's son, Ethan Garza, spent months in the hospital after the accident recovering from his injuries. He continues to receive therapy. Morales is a firm believer in CBD oil and believes in its healing abilities.

Adam's oldest son, Arnold, along with Arnold's sister, Alicia, visited Jacqueline Garza the evening of the interview. Both attended the party that Morales threw for Kaleb Garza. In fact both families came together for that evening and were able to feel like they were giving back to a community that embraced their family in the time of tragedy.

"Some of our friends still dream about Jordan," Gomez said.

Gomez said that Jacqueline's oldest daughter, Marissa, was always there for her mom during this time.

"The community really came forward for the family," Jacqueline Garza said. "Jordan's friends still come over and visit to just sit in her room. I still have phone messages when she called me on my cell phone." 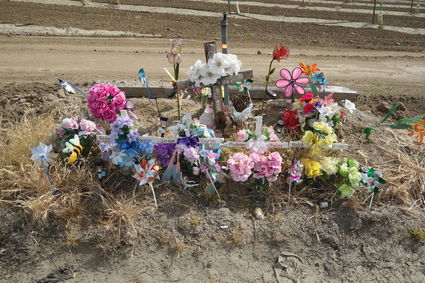 2. This display has been on Highway 43 headed toward Wasco, Highway 46 for a year now. Each family member is represented with his or her name on a white cross mixed in with the flowers.

It's Jacqueline Garza's faith in God that has gotten her through this past year. She has not returned to work since the accident but has a lot of support from friends and family as they constantly check in on her to see how she is doing.

Arnold laughed as he shared that Adam followed everyone around with his camera and took movies and pictures all the time. "We have the funniest pictures that Adam took and some of the fondest memories of movies he made," Arnold said. "He also made time capsules for family members."

Adam shared that his father had one semester at Bakersfield College and decided that college wasn't for him. "He worked in construction and was drafted to Vietnam."

"The biggest change in my house is that it is so quiet," Jacqueline Garza said. "There are no words."

"Adam was a memory-maker and a family man," Arnold said. "He would make story boards from his pictures and would get down on the floor and play with the kids. Adam made a life full of honey-and-popcorn memories."