Shelter gets upgrade for potential owners 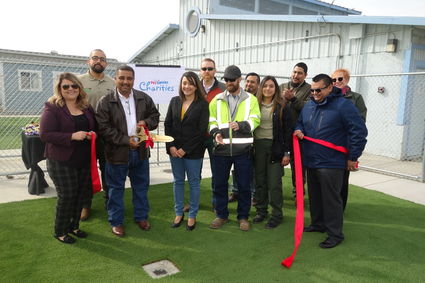 Dogs will be able to get to know potential new owners at Wasco's animal shelter, now that there are four new fenced play yards for them to roam freely, along with a dog run and a public viewing area.

The Feb. 20 grand opening at the shelter, 5409 7th Street, ws made possible by a $28,000 grant from PetSmart Charities. The City of Wasco used the grant to provide fenced play yards so the dogs can run and play, participate in public viewing and interact with prospective new families.

Due to pet homelessness being a problem in Wasco, this grant provides the means visitors to interact with pets without the restraint of a leash. According to shelter staff, the stimulation of being free in a play yard allows the pets to improve their social skills and keeps them happy and allows the animals to learn their needs.

Additionally, at the Wasco Animal Shelter, most of the pets are not neutered or spayed prior to being adopted, and the shelter requests that each new owner neuter and spay their new pet.

"The City of Wasco is extremely pleased to receive this grant from the PetSmart Charities, and we appreciate being able to improve our animal shelter," said Mayor Pro Tem Tilo Cortez. 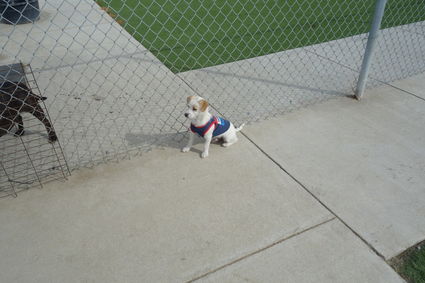 Seven, one of the dogs in the play yard during the ribbon cutting.

Interim Public Works Director Biridiana Bishop welcomed everyone to the opening, explaining that the city had been working for the grant for a while and was pleased at what the play yards ended up looking like.

These are beautiful grassy areas with lots of room to run and play," she said.

"To adopt an animal only costs ten dollars," said the animal Control Officer Marco Silva. "Unless an animal comes in already neutered or spayed, we leave that up to the new owner. New owners are given a voucher to help with the cost of spaying or neutering."