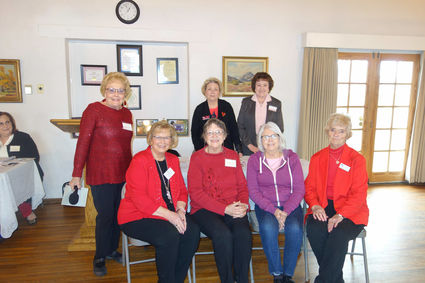 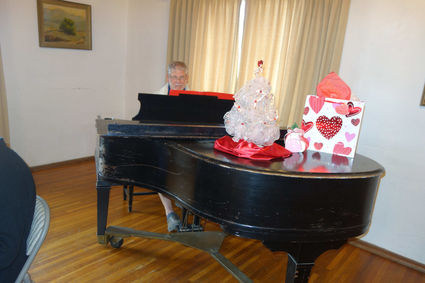 Special guests for the luncheon were pianist Heath Janzen and singer Bob Ellis. Janzen played romantic love songs, while Ellis serenaded the ladies with his vocals.

Classic love songs such as "Some Enchanted Evening," "The Very Thought of You" and "Moon River" were just a few of the selected songs that had women lip-synching along with Ellis.

The room was decorated with a lot of red hearts, and each place had a favor filled with candy inside.

Most of the ladies wore red, acknowledging Valentine's Day.