Success a slice at a time at Pizza Factory 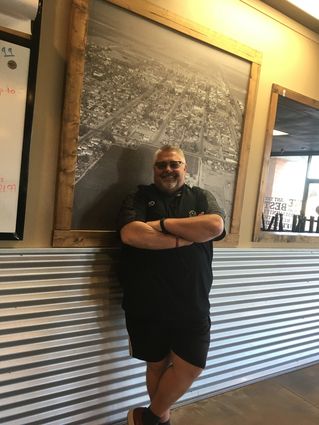 Wasco residents are like everyone else -- they love their pizza and wings and an occasional ice cold beer or soft drink. That's exactly what owner of Pizza Factory Russ Adkins was hoping for when he made a career move to owning a franchise.

Adkins was a teacher for eight years, and he knew in his heart that he wanted to do something with food, so he looked into a franchise. "There were several opportunities," Adkins said. "But once Wasco was suggested as a good location, I drove through the city and knew this was the place I wanted to be."

During the time Adkins was searching for a franchise, he was advised that there are 122 Pizza Factorys in California.

When you walk into The Pizza Factory, you notice not only how clean it is, but also how roomy and airy it feels. The tables are cleaned off as soon as a customer leaves.

According to Adkins, the previous business was also a pizza place. "We pretty much gutted the inside, put in a new kitchen and created a game room," he said. "I wanted a warm and friendly atmosphere where people would want to come in and sit for a while to relax."

The restaurant offers a large seating area with tables spaced apart, so no one feels crowded. There is also a salad bar and a soft-drink machine.

Customer Nathalie Lopez mentioned that she threw a party for her daughter the previous weekend and everyone had fun.

Relaxing and enjoying a pitcher of beer on Tuesday afternoon were Bob Tackett and David Salyards. Both were watching who came in the restaurant and making light conversation with whoever walked by their table.

The restaurant has two TVs. Dr. Phil was on one, while Fox News was on the other.

"I have young people working for me," Akins said. "Many young people have got great ideas and good experience in the workplace." 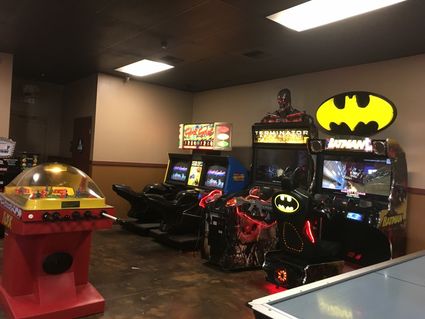 Adkins stated that the Pizza Factory began in the 1980s, and Bob and Mary Jane Riva own five restaurants. "They are helpful owners full of insight and information," Adkins added.

"I try to get involved in the community little by little."

Residents have raved about Pizza Factory pizza since its opening in September 2018. "I love that we have a place in Wasco where we can enjoy some good pizza and have a great time with family and friends," said Orquidea Ocampo. "I also appreciate that the owner of Pizza Factory loves to give back to the community."

Interestingly, Adkins' ties to Wasco run deep, as his mother was born and raised in Wasco.

"I like being here," he said. "I love Wasco. I hope we can make a good go of this. Fortuna