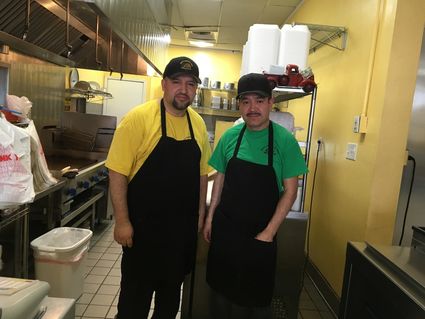 Brothers Didhisio and Mario Duran were both working the evening of the robbery, Tuesday, Feb. 12. Mario was in the process of cooking and Didhisio was working the counter.

Mario said that in this robbery, about $600 was stolen, too.

Without a way to identify the suspects, all he could say was that they were tall and both had on hoodies that covered their hair. They also had on masks and gloves.

Both brothers were struck in the stomach, and Mario was hit in the back.

"Our brother, Antonio Duran, has owned the restaurant for nine years," said Mario. "He also owns Roco's in Shafter. It's a family business."

Both men admit to being nervous whenever anyone suspicious enters the restaurant.

The Sheriff's Department is still investigating this crime.