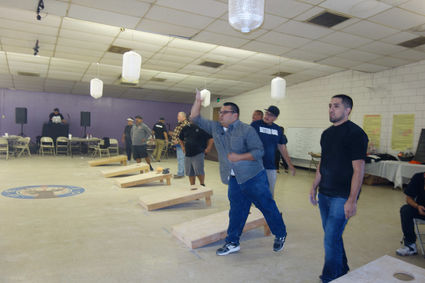 Just a few of the competitors at play during the afternoon.

The Orange Heart Foundation hosted the cornhole tournament to help raise funds for the annual 4th of July fireworks show in Wasco.

While cornhole rules relatively straightforward. There are two boards each made of a specific dimension with a hole in the top-center. The boards are placed 27 feet apart facing each other. Two rows of players line up on either side of one board and take turns trying to toss a bean bag through the hole on the opposite board. Each bag that makes it into the hole earns three points and one point for a bag that lands and stays on the board. The game ends when one player reaches 21 points. 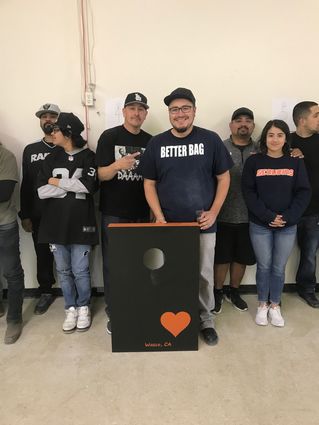 Two vendors were on hand at the event selling food to attendees and competitors. Options included tasty street tacos with freshly made tortillas from Ponza Verdes or a sandwich meal by Outkast Catering with Chef Manny. "Wherever Manny is, I go," said Kathy Giesy. "This food is the best!" Outkast Catering donated their time and services, said Orange Heart member Orquidea Ocampo.