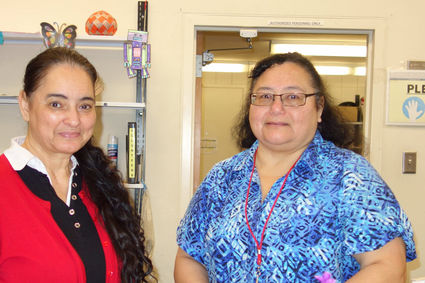 The Wasco Library is looking to make some improvements in the coming months – and now has the funds to do it.

Last week, the Wonderful Company allocated $600,000 in grants to several local nonprofit organizations in Wasco. “The Wasco Library was the recipient of $20,000 from the grant,” said Wasco Branch Supervisor Tina Garcia. “North Kern County Library Supervisor Sherry Wae submitted the grant for us.”

Garcia is looking forward to reorganizing different areas within the library, as well as adding new books to the shelves, particularly in the historical and biographical sections of the library.

The library will also be offering some new classes. “Something new that’s coming to the library the first of March is a cooking class,” Garcia said. The first class will be a juicing class.

Another goal Garcia is working toward is recruiting more students for the Teen Advisory Board. “They can earn community service hours by joining the board,” Garcia said.

The group meets the second and fourth Wednesdays of the month and is open to anyone between the ages of 13 and 18. She urged those interested to go to the library’s Facebook page for more information. 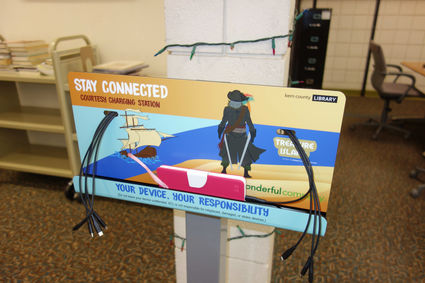 Grants have been a very helpful source of funding for the library. Garcia proudly showed off a charging station that was given to the library from a grant awarded last year. “Students come in here and are able to charge their cell phones at the station.”

The station sits in the front of the library close to the checkout counter, where staff can monitor its use. “So far, no one has had their cell phone taken,” Garcia said.

On a special note, Garcia added that the library is having a Valentine’s Day giveaway drawing. “We are giving away four $50 gift cards to restaurants like Red Lobster, Outback, Roadhouse and Olive Garden.”

The gift cards were donated to the library by the restaurants.

She said that anyone can come into the library and fill out an entry form. The drawing will be held on Monday, Feb. 11 at 4 p.m.