Determining arrests can be complicated 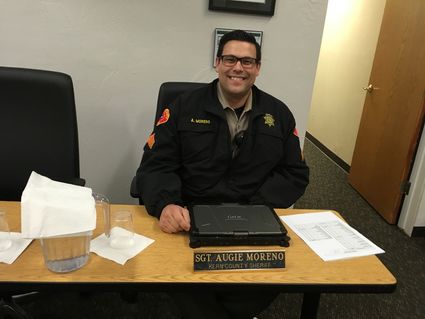 Sometimes, reading the Arrest Log (on Page 2) can be confusing and lead to questions, like when does a suspect have to go to jail, and when are they cited and let go?

In a recent interview, Sgt. Augustin Moreno of the Wasco Sheriff's Department Wasco substation had some answers, but it isn't always black-and-white.

In a theft, if the value of stolen goods is over $950, it is a felony and a suspect will be booked into jail. However, if the value is under $950, it's called petty theft and a misdemeanor. The suspect can be booked or just cited.

Also, driving without a license is a misdemeanor and the suspect will generally be cited and released; however, they could be booked into jail. It's at the officer's discretion.

"Robbery and selling illegal drugs are both felonies and suspects will be booked," he noted.

On the other hand, driving without insurance is an infraction, and the driver will be cited and released. The uninsured driver is given a certain length of time in which to obtain insurance and will usually have to return to the citing agency to show proof of insurance.

Moreno also added that when an officer is arrested, police departments can only release arrest information.