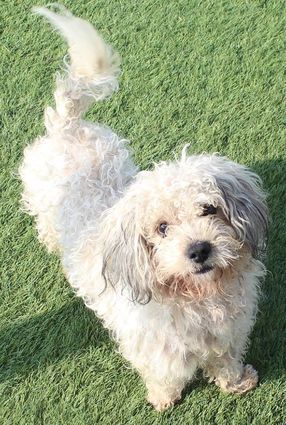 Shaggy is a 2-year-old male poodle, about 10 pounds. He came in as a stray. He was wandering the neighborhood and was being kept by the people who found him. They attempted to find his owner, but no one claimed him. So, they brought him to the shelter. He is very friendly and was scanned for a microchip but nothing was found. The Animal Control staff named him Shaggy. He is available for adoption/rescue on Thursday, Feb. 7.

For additional information, contact the Wasco Animal Shelter at 5409 7th St. or call 661-758-7240 between the hours of 8 a.m. and 4 p.m. Monday through Friday, closed on weekends and holidays. If no answer, leave a message.